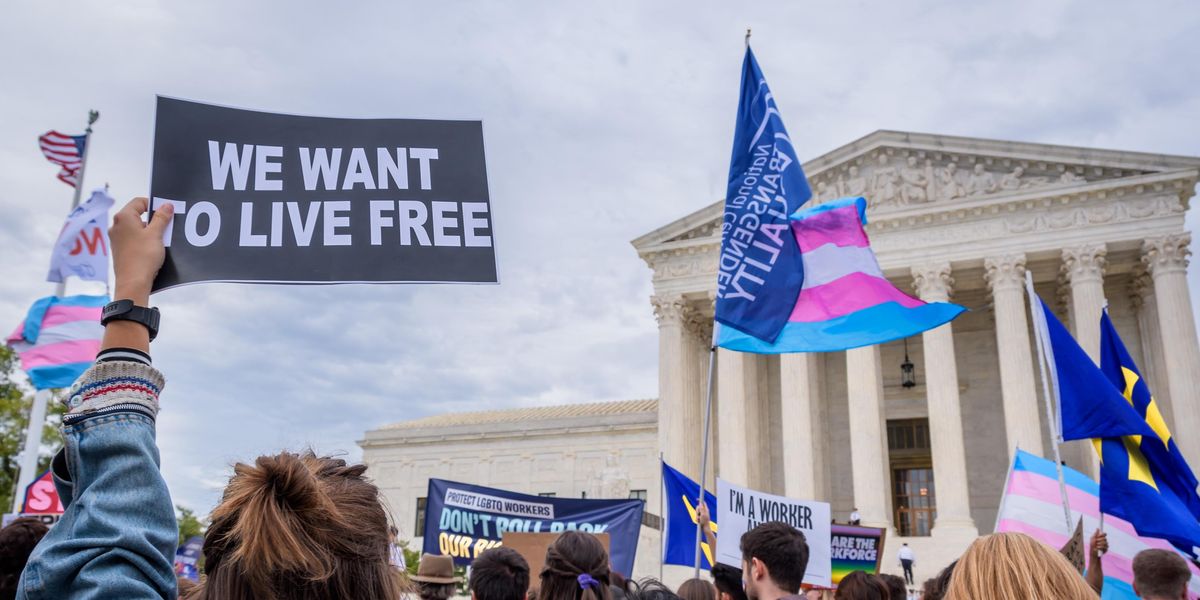 In early 2020, the Trump administration narrowed the "sex" in healthcare sex discrimination cases to refer only to someone's gender assigned at birth. That definition has now been re-expanded to include trans patients as well as other queer people.

The Trump policy theoretically meant that a health provider could deny care to someone just because they were trans, and now providers will now face sanctions if they discriminate someone based on their gender (as opposed to biological sex) or sexual orientation.

"Fear of discrimination can lead individuals to forgo care, which can have serious negative health consequences," said Health and Human Services Secretary Xavier Becerra this morning. "Everyone — including LGBTQ people — should be able to access healthcare, free from discrimination or interference, period."

The policy reversal comes after the Supreme Court found last year that federal laws against workplace discrimination based on sex also protected gay and trans workers. So in general, sex discrimination protections in the United States are widening to include queer people.

This announcement comes amidst a greater context of the Biden administration expanding protections for LGBTQ+ people. For example, Biden has already reversed Trump's transgender military ban. Unfortunately, at a state level, many Republican governments continue to strip queer Americans of their rights.