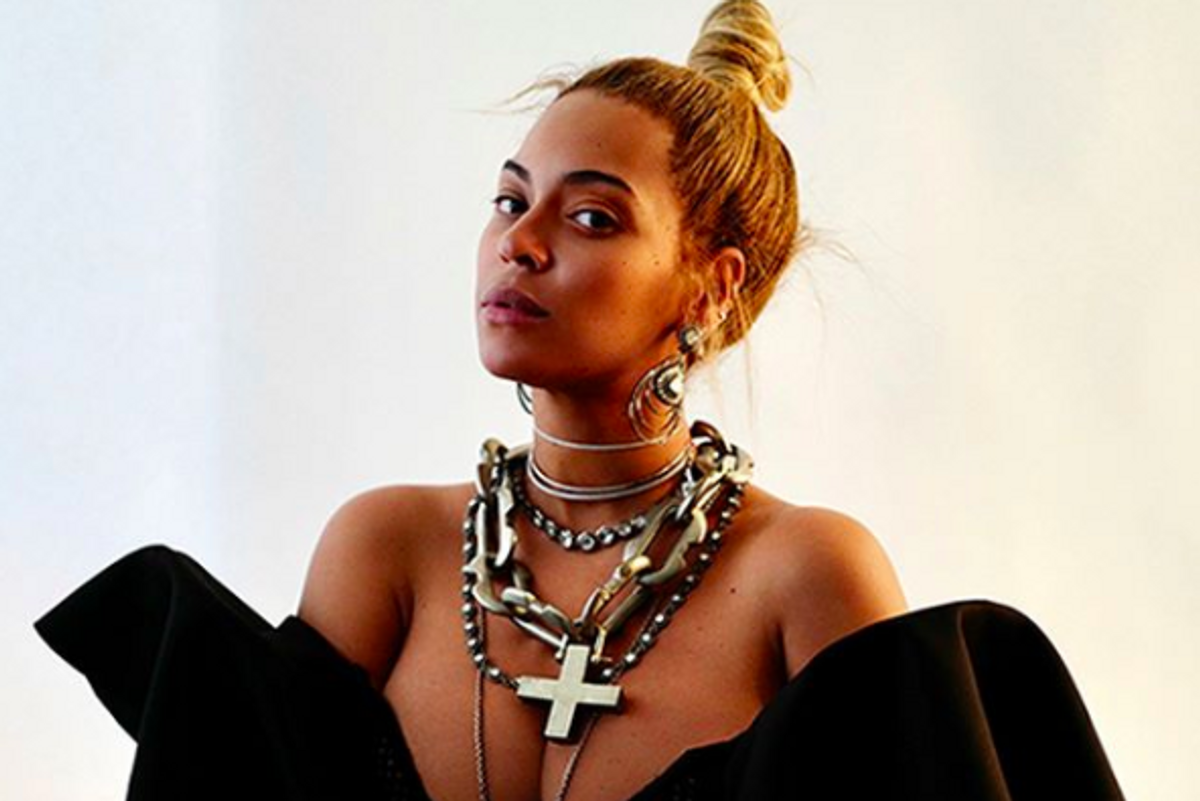 Yesterday, Jay-Z released the Ava DuVernay-directed video for his 4:44 track "Family Feud," in which the rapper spills all his past transgressions in a confessional during a sacrament conducted by Beyoncé before appearances by Blue Ivy and a host of famous women are made. It was a star-studded moment made in pop culture heaven, except that as with all of Jay's videos, it's kicking off as a Tidal exclusive, and nobody has Tidal.

Merciful Queen Bey took pity on us and shared some behind-the-scenes tidbits from the shoot to satiate our thirst for the Carters until the video finally becomes available on YouTube:

Yesterday, DuVernay did the same, sharing photos of Mindy Kaling, Jessica Chastain, Rashida Jones and more on Twitter along with a scene-by-scene breakdown of the whole shoot. Bless her.

Happy so many are enjoying our #FamilyFeudFilm! Sharing some behind the scenes tidbits and exclusive pictures in this thread. Thank you to @S_C_ for the strong collaboration. A pleasure and an honor. pic.twitter.com/SxCUiSqfHT
— Ava DuVernay (@ava) December 29, 2017

A teaser clip of the family affair video is below, or you can bite the bullet and try out Tidal here.