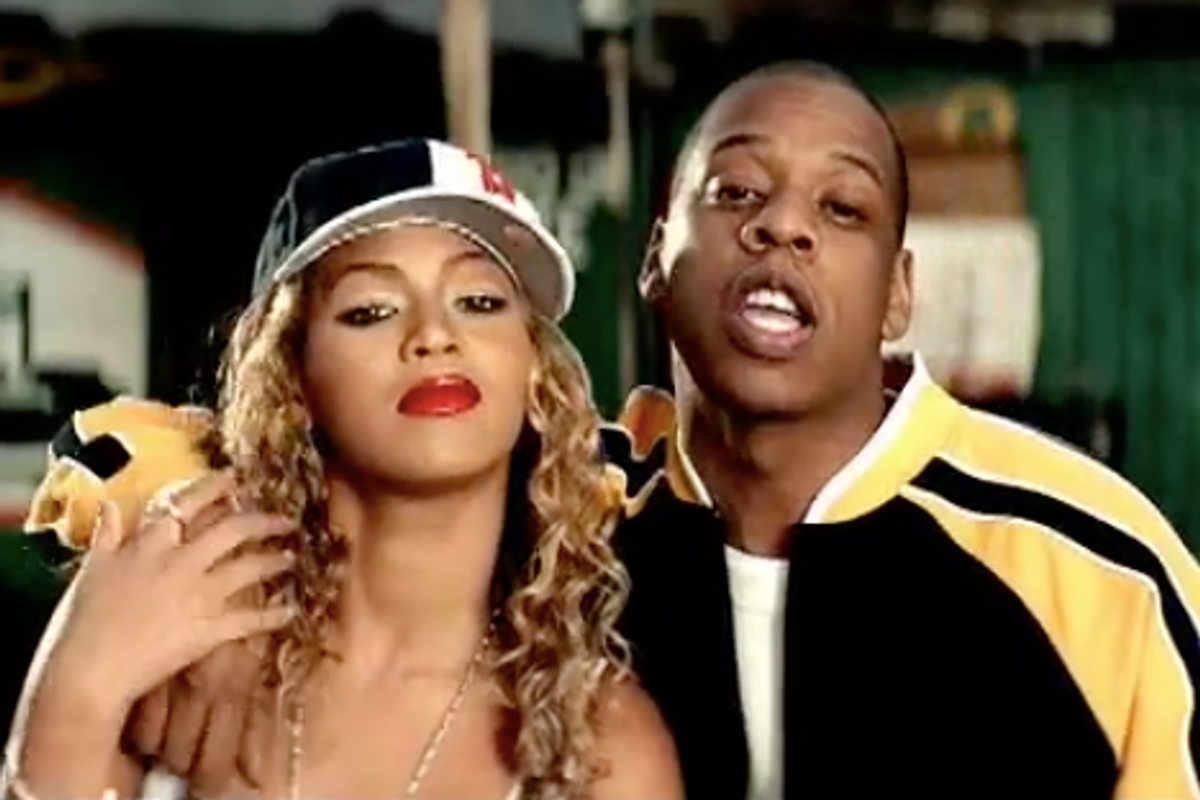 In today's news that will simultaneously make you feel old and make you say "aww," Beyoncé took to Instagram to celebrate the 15 year anniversary of one of the most important songs in her canon: "03 Bonnie & Clyde." The duet, which features JAY-Z and Bey singing in sexy, low tones about needing each other in "this life of sin," came out in 2002 when the two were just dating (run Bey, run!). It appeared on Jay's The Blueprint 2 as well as Beyoncé's debut album Dangerously in Love (just kids!)