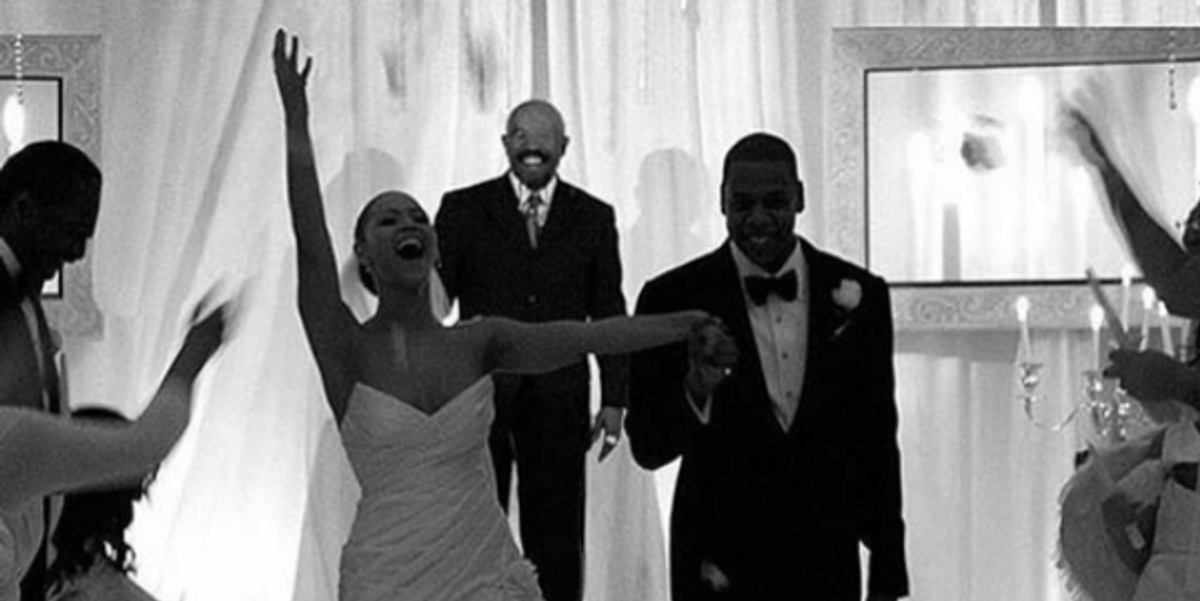 In honor of her ninth wedding anniversary with Jay Z, Beyonce released a new video for her emotional love song, "Die With You."

Unfortunately, the video is a Tidal exclusive, but if there ever was a reason to cave and add Tidal to your ever-growing list of monthly music subscriptions, this video might be it.

Bey released "Die With You" two years ago in honor of their then 7th anniversary, with a video that shows the singer casually dressed in a backwards cap and t-shirt and singing the raw song as she accompanies herself on piano. At the very end, Hov makes an appearance as we see it's been him filming the whole time.

But hold up - the new, updated video is packed with home video footage of the couple's life together, including clips from their super-secret wedding, Beyonce just before and after giving birth to Blue Ivy (of course she had time to curl her hair even while in labor), the pair getting their matching IV ring finger tattoos, and lots of vacation footage from boats sailing on blue waters that any fan of Bey's Instagram will recognize.

Download Tidal here if you're in the mood for a good cry.