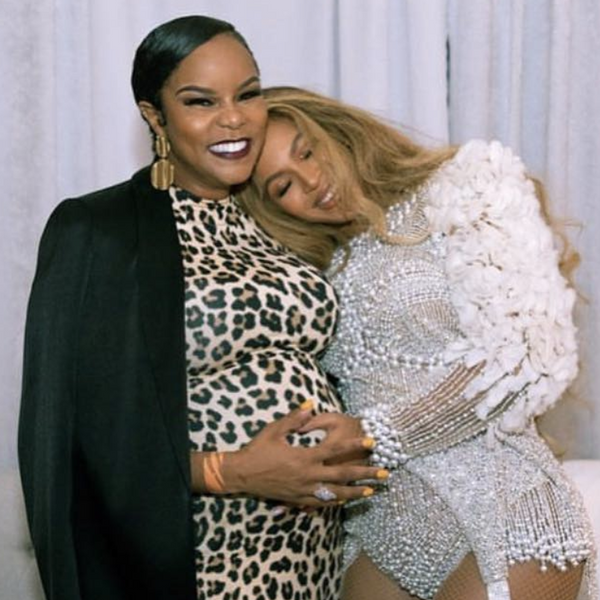 Aside from that surprise reunion at Coachella, it's rare to catch Beyoncé hanging out with her former Destiny's Child bandmates –– and even rarer to see her with LeToya Luckett or LaTavia Roberson, the original members who found themselves suddenly and controversially replaced in 2000.

Which is why this is such a treat: last night, Luckett met with Bey backstage during the Arlington, Texas stop of her and Jay-Z's "On The Run II" tour.

People reports that Luckett, who released her third solo album last year, is currently pregnant with her first child. An Instagram post shows Beyoncé cradling Luckett's belly while still wearing her performance leotard. That child is so blessed!

LeToya and LaTavia tend to be written out of the Destiny's Child biography, even though they were around for the group's first two albums and sang on early hits like "No, No, No", "Bills, Bills, Bills", and "Say My Name".

Childhood friends, the original Destiny's Child members first performed as a hip hop group called Girls Tyme –– a soundbite from a Girls Tyme performance on Starsearch, in which both LeToya and LaTavia are name checked, is included in the Beyoncé song "Flawless". The more you know!