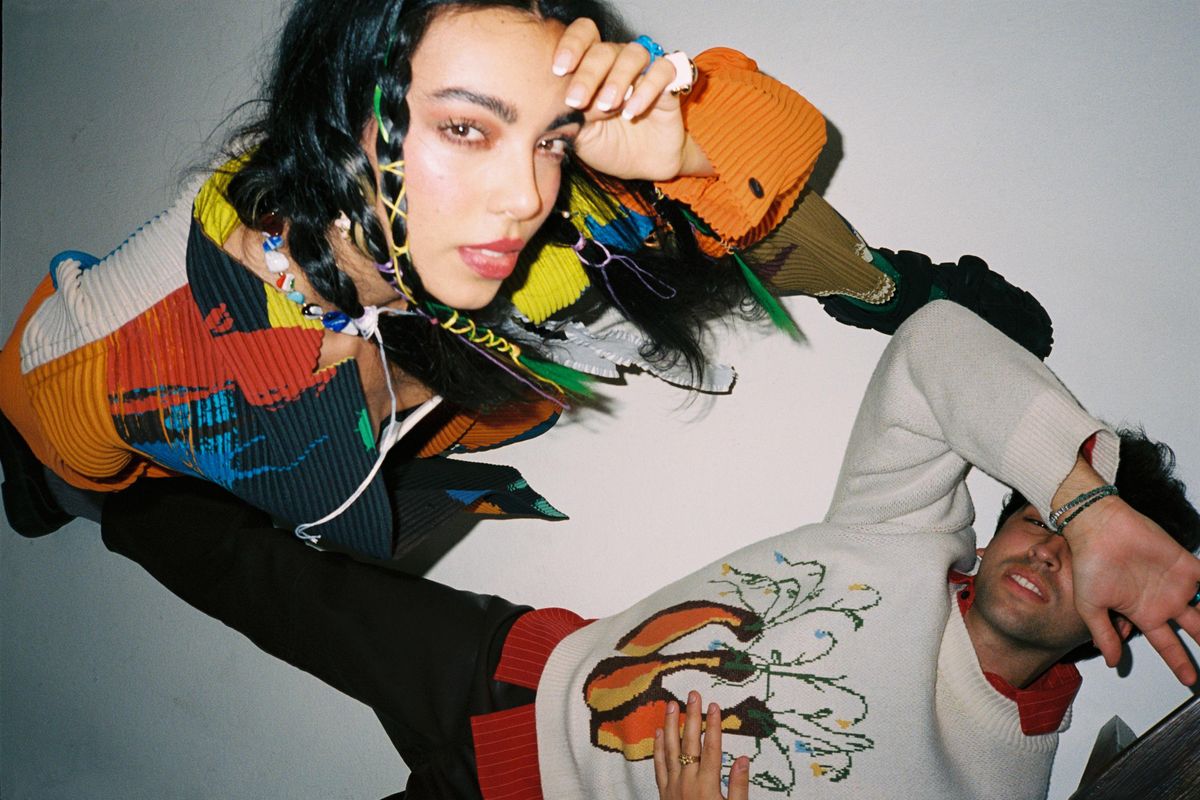 Keeping It BETWEEN FRIENDS

The alt-pop project between siblings Savannah and Brandon Hudson, BETWEEN FRIENDS, has released tape 001, a five-track mixtape that's the first in a series of three that will lead to a full-length effort later this summer.

Tape 001 features the duo's single "shiny," which offers an intense vulnerability to Savannah and Brandon's roomy sonics. The new track is also accompanied by a music video, directed by Kevin Clark, out now.

"'shiny,' in a way, is a transition to another side of our personalities," BETWEEN FRIENDS says. "As creatives, we can get super blocked up being ourselves all the time. We wanted to put metaphorical masks on and write as something else. To us, the most exciting thing about all of this is weaving out of body and embracing a new sort of confidence."

Below, PAPER sees a day in the life of BETWEEN FRIENDS, from the siblings' average routines to musical endeavors.

hiiii(•ิ‿•ิ)! it's 𝓫𝓮𝓮𝓷 a minute, we have a lot to unpack, figuratively. considering it's been some time since our last release, today with PAPER, we will be documenting us moving into a new BETWEEN FRIENDS.♥♥

t0 𝕗𝕚𝕟𝕕 our ground throughout the week, we've recently ⓣⓐⓚⓔⓝ up Tai Chi. whether it's in the morning or the evening, our goal is to get it done at least 3 times a week（*^_^*）

𝓒reating is always apart of our daily routine, whether it's 𝓂𝓊𝓈𝒾𝒸, videos, clothing, 0r whatever excites us in the moment, we stay making things.

a g00d example of something u may find in our BF storage boxes.

a huge part of the aesthetic for our new project 'tape 001' came from the idea of lost musical formats and things we often overl00k! 𝓦𝓮 found tons of that digging through our old stuff !

𝕎𝕖 like to keep 0ur spaces ᴄʀᴇᴀᴛɪᴠᴇ and 𝚏𝚛𝚎𝚎 flowing. here is brandon trying to build a frame for speakers!!!! <3

we decided to make clothes special for this occasion <333 :*

we have been carrying hard dives and working files of our project around in our bags with us all year. fun fact, savannah found the air ducts inspiring. (◕‿◕)

floor studios can be better.

thinking of leaking the whole tape!?

Stream BETWEEN FRIENDS' tape 001, below.

Photos courtesy of BETWEEN FRIENDS