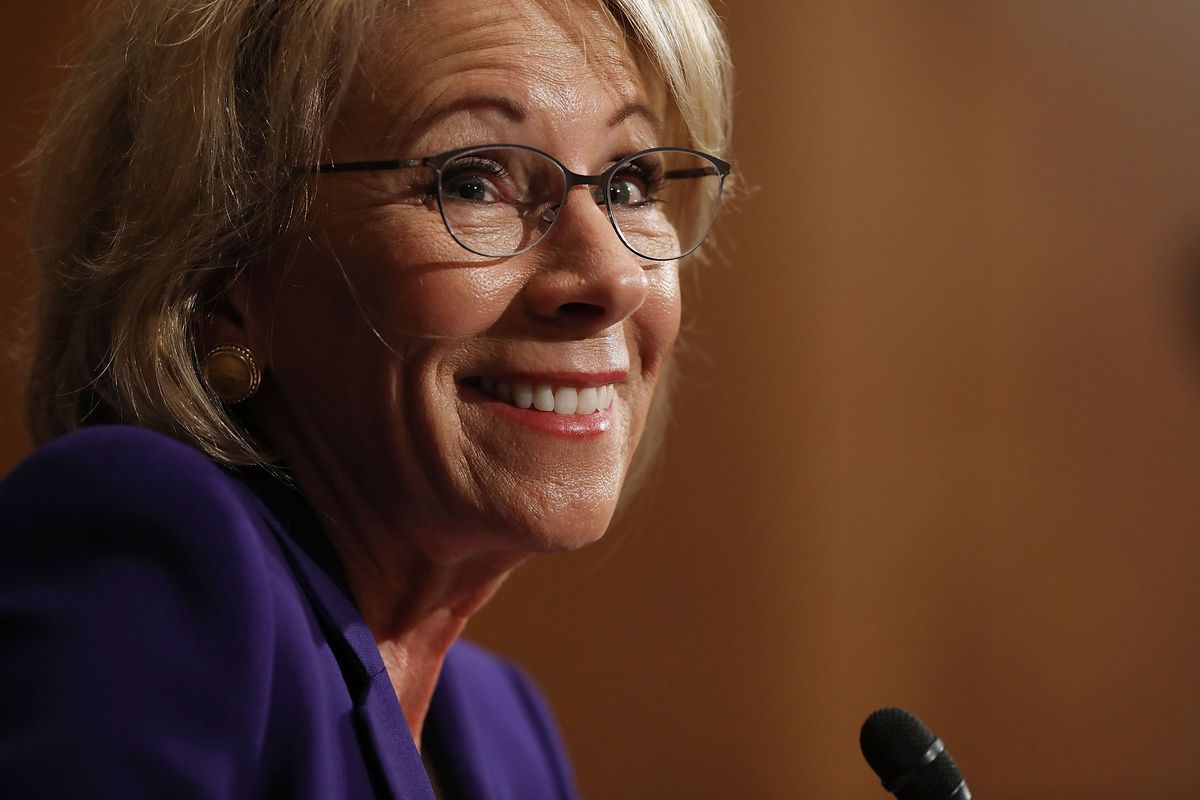 Secretary of Education and hugely problematic human being, Betsy DeVos, has vowed to replace the Obama-era scheme that required college campuses take sexual assault victims seriously via a series of guidelines.

DeVos said that the on-campus policies under Title IX (enacted in 2011), which stipulates universities must take action on behalf of survivors quickly and requires less evidence for the school to prosecute the accused, has failed.

"One student's rights cannot be paramount to the rights of another," DeVos said during an event George Mason University, implying under the current policies privilege victims. The Obama-era Department of Education threatened to pull federal funds if schools didn't comply.

DeVos claimed she was determined the public would be able to review the policies, to offer input as to how the administration should progress.

"Washington's push to require schools to establish these quasi-legal structures to address sexual misconduct comes up short for far too many students," DeVos said. "The current system hasn't won widespread support, nor has it inspired confidence in its so-called judgments."

Equal Rights Advocates Executive Director Noreen Farrell immediately clapped back at the statement: "The cost of an education must not be sexual violence or harassment. Campus sexual assault is a national epidemic, disrupting the education of one in four young women during her college years."