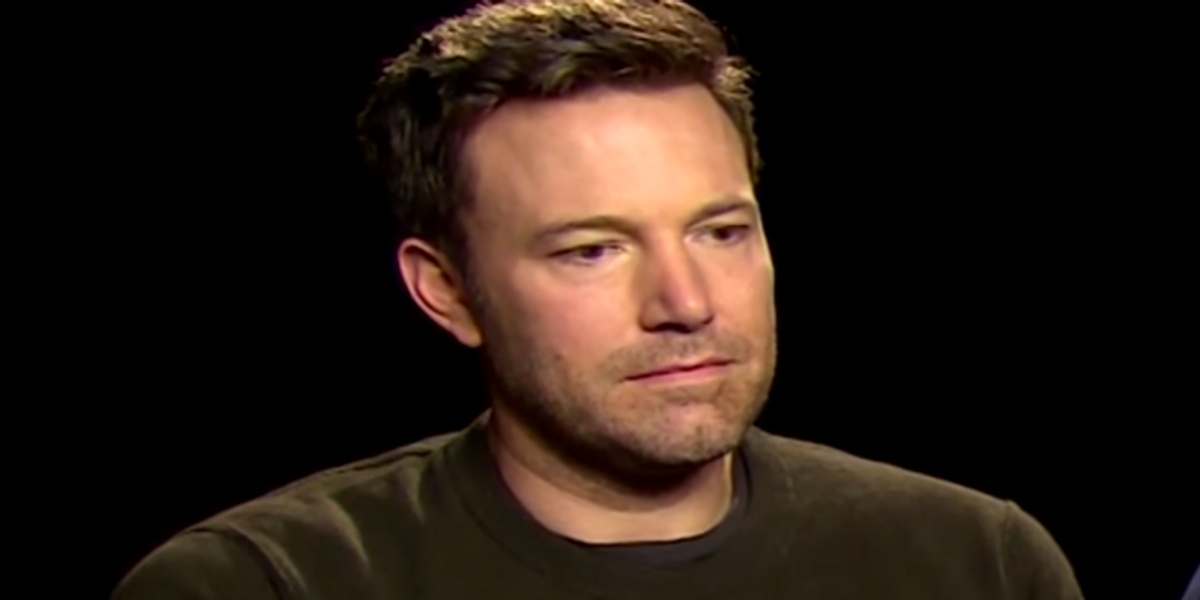 Like sands through the hourglass, so are the many failed superhero movies we all (including those who starred in them) wish we could forget.

In news that should come as no surprise to anyone, Ben Affleck, who was sad about being Ben Affleck when Ben Affleck being Batman saddened everyone, has decided in fact that he no longer wants to be Batman.

The host of Collider Movie Talk – which I've never heard of but is apparently a thing – John Campea said that we should "make no mistake, [Ben Affleck ] does want out."

"Over the past four days, I've talked to three separate people, who are connected in some way, to what is going on over at Warner Bros...They're telling me that Ben Affleck, make no mistake, he does want out. He doesn't want to be Batman anymore. I have been told that Affleck is talking with Warner Bros. in an attempt to get out of being Batman."

Ben Affleck's last Batman movie (Batman vs Superman) opened to some truly terrible, terrible reviews, something an interviewer was not too shy to bring up on the film's tour.

Use your cape to wipe your tears, Ben.