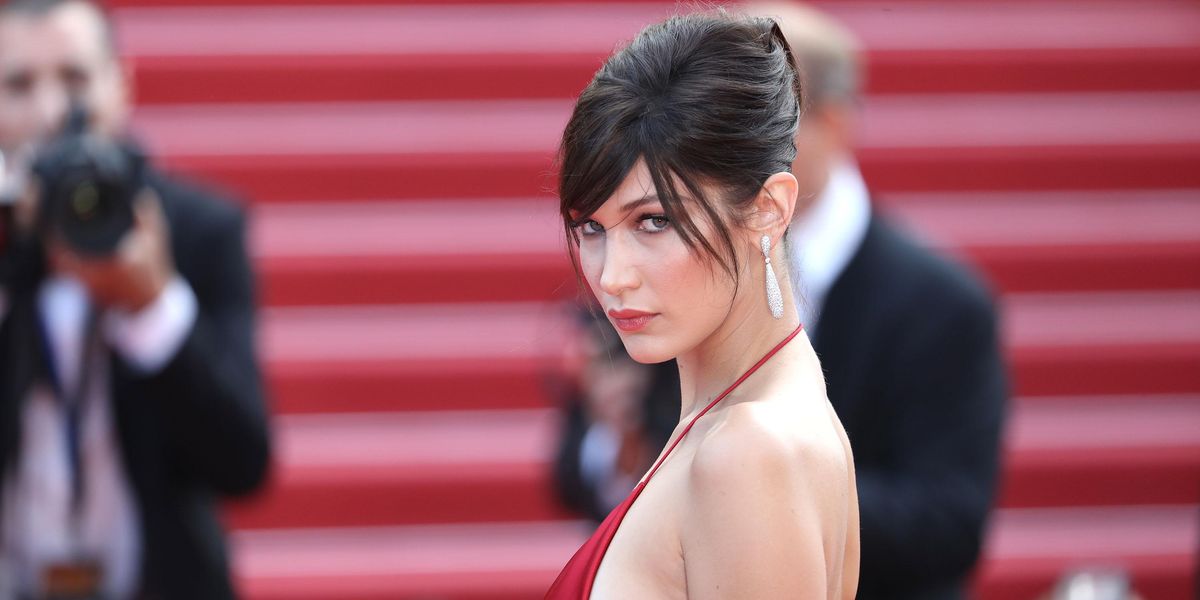 It'll go down as one of Bella Hadid's most iconic looks ever, but the supermodel has some mixed feelings about the famous getup.

In a video segment from Vogue called "My Life in Looks," the supermodel looks back at some of the more memorable outfits she's worn in the past. One of these looks — a red satin Alexandre Vauthier dress with a slit the reaches past up her hip — evoked some hard truths she was feeling at the time.

"I was nervous in this dress, I look very sexual and all these things," she says in the clip. "I was still nervous about cameras and nervous about having a lot of makeup and nervous about this slit ... I kind of get embarrassed of this moment still, even though the dress is gorgeous it just doesn't feel so much like me."

The revealing dress, which she wore to her first Cannes Film Festival red carpet in 2016, was the start of the "Bella persona that everyone sees of me." She describes this image as a representation of her alter ego "Belinda," someone who is the complete opposite of her. "She's very va-va-voom."

Towards the end of the video, which you can watch below, Hadid says she's in a much better place now mentally compared to those earlier modeling years and feels very blessed to see just how much she has progressed.