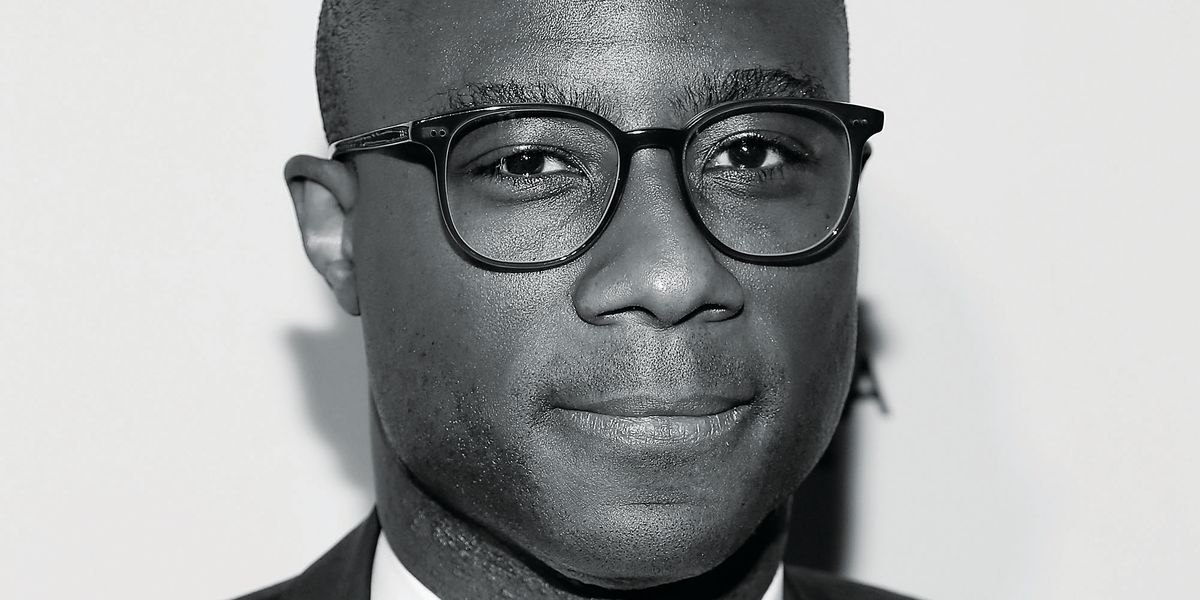 While some directors might crack under pressure at the kind of high expectations that come with producing a follow-up to a film like Oscar-winning Moonlight, Barry Jenkins not only tuned out the noise but also chose to take on perhaps an even more ambitious project for his next picture. In If Beale Street Could Talk, an adaptation of James Baldwin's classic 1974 novel, Jenkins proves himself worthy of both the Baldwin's estate's blessing and, frankly, of another Oscar for this latest film.

If Beale Street Could Talk tells the story of a young Black woman who finds herself pregnant and her husband in jail after being wrongly accused of rape. Although the story is set in 70s Harlem, it feels all too pertinent to stories we still hear today. This movie is both tender and timely, as it oscillates between highlighting the reality Black bodies have continuously faced in America while simultaneously portraying Black intimacy in a way we have not seen before. The latter is something Barry Jenkins does best. Within a few stills, he can make even the smallest moments feel monumental. Between the breaking of the fourth wall, the tonal colors and the effortlessly depicted intimacy, each Jenkins film is crafted with his very specific touch. You want to call him an auteur, but he wouldn't let you. He'd simply insist — no, remind you — that this creation was built by a collective.

Jenkins speaks of his work with the Baldwin family as "more than just acquiring the rights" to the story; instead, he "created a relationship." The relationship took time to develop and required patience — and many mailed letters — before he made his way into the hearts of Baldwin's family members. He speaks of the pseudo-courtship saying, "It was a mutual period of bonding… It was almost like you have a spouse and you understand you want to marry this person but you have to get to know the family first."

Just as Jenkins approached his translation of Baldwin's words from text to screen with care, so too did he take a conscientious approach to any material at hand that was outside of his own lived experience. He frequently consulted with the black female leads like Kiki Layne, the film's protagonist and Regina King, who plays her mother, to make sure the film was telling the story of a Black woman's experience right.

But his gratitude extends beyond the film's protagonists. Jenkins speaks effusively about each crew member and each facet of filmmaking, constantly crediting the successful collaboration process in which the film was birthed as well as thanking the Baldwin family for putting such a precious piece of material in his hands. Baldwin has made more than just a movie; he's made an unforgettable moment on screen and a newfound family of his own. PAPER sat down with Jenkins to talk Beale Street, what goes on behind the scenes, and life after Moonlight.

At the Apollo screening [of If Beale Street Could Talk], you made the differentiation between creating a relationship with the Baldwin Estate versus just acquiring the rights to this material. Can you speak to that a bit more?

We didn't have to unlock this obstacle course to obtain the rights. The Baldwin Estate operates as a family and the Baldwin legacy is very precious. I hope this doesn't sound too patriarchal, but it was almost like you have a spouse and you understand that you want to marry this person, but in order to get there you have to get to know the family first. You can't just go, "Hey, I want to marry your child!" You gotta go, "Hey, I'm a good person! See! Let's hang out!" But over the course of four years. It was a process for me, understanding what's important to the estate, not necessarily creatively in the adaptation, but the way the movie had to be presented and how I carried myself and the way the movie needed to be translated to the world. It was a really lovely process. For me, the most important audience of the film was the Baldwin Family.

So how did the process you begin that process?

"For me, the most important audience of the film was the Baldwin Family."

We've seen many the outcome of important projects placed into the wrong hands. This book has such precious material in it, both because it's Baldwin and because of the all-too familiar subject matter. Who's story is this to tell?

This is a book and a movie that's told from the female perspective. I've never had this experience. I've never been a woman, and certainly not a Black woman, which is a whole other layer of experience. I had to, in the making of the film, really check my directorial and authorial ego and really listen to the women around me. I really listened to Regina, Kiki, Teyona and Emily and all the women in the film about what their characters were feeling, what they needed as performers and as characters to really do justice to the material. I don't know if I'm still unpacking this, but because this originated with James Baldwin I felt like it was okay. Had a woman written the source material, then I would've felt like it was best a Black woman direct this film. But, there's a conceit both in the book and in the film: Tish's voice fused with James Baldwin's voice, it just is. There are times where she's speaking and you know it's the voice of James Baldwin speaking. Really listening and being very aware of the limitations of my ego and my experience in making this film and looking toward the women involved in the process, both the producers and the actors, helped me get through that point. I mean I'm not gay and I directed Moonlight, but what I always say is that it's really important that the creator of the film be very aware of the limitations of their experience and be very open to listening to people whose experience is directly fused with the experience depicted on screen. That's the place where the progress has to be made.

Speaking of Moonlight, how did you feel that experience differed from making Beale Street?

I felt much more grounded in making Beale Street. Moonlight was terrifying. It had been so long since I made anything. I think cinema, filmmaking, is a muscle like anything else and if you don't regularly exercise it the muscle atrophies. That's why I'm so impressed with people like Pablo Larrain. Those guys have just been making so much wildly distinct work over the past 5-6 years. You see those muscles developing in really gorgeous and amazing ways. Making Moonlight was terrifying because I hadn't done it in so long, and I only say it that way because my instinct is to always be aesthetically adventurous and not conform to the conventions of genre or story form, but when you haven't been exercising that muscle, making those choices can be extremely frightening. I think having the experience of Moonlight and still trusting those instincts even through the fear gave me more confidence to make some more interesting and divergent choices in Beale Street. I made the choices with more confidence, but still fear. There's always fear.

What were your favorite moments of the film? Did any of those 'divergent choices' make it in?

There are tons, it's hard for me to pinpoint. The scene with the two families was something I'd never done before — having that many people speak in one scene. It's not a Barry Jenkins thing but I had to do it because it's this amazing scene that Baldwin wrote. When I watch it, I see myself overcoming a fear and finding a way to treat that the same way I treat two actresses sitting in a room talking. One favorite scene is Regina in the mirror, because it's so purely cinema. Regina gets to Puerto Rico and for like five minutes nobody says a word. Nobody says a word. There's literally just an actress and her body and her face, the score, and the image and that's it. For five minutes you're wrapped and that's cinema to me. There's the silent moments, but the place where I see myself is when Fonny is working on the wood. Fonny is just having this vision of a life and there's all this work in progress that potentially will always be in progress. That block… you don't know what it looks like, you don't know what he sees in it. He's in this point where he's not sure if he'll ever get to the point where he's allowed the space or the freedom to really work it and arrive at a place where he can create the vision that's in him to create. I identify with that viscerally. I think from a personal perspective that's my favorite moment in the film.

"I'm just a guy who's trying to live the best life I can and tell these stories in a way that I feel is potent and visceral and worth anyone's time."

There's always pressure that can come with praise and it's easy to idolize. How are you feeling with this spotlight on you?

I mean I'm just a man. I live in my body and I know how full of shit I can be and I know how regular and average a man I am. I also know that the film is a collaborative endeavor. I'm not on the screen acting and I'm not behind the camera setting the lights. For so much of the attention and the praise to follow me feels false. I think it's important to both demystify the process and demystify the makers of these things. When we create idols or make a distinction between us and the people creating these things, it propagates this idea that it's impossible to 'do what Barry Jenkins does.' Not speaking of myself in the third person but, if Barry Jenkins allows himself to be presented as someone who is distinguishable or outside of anyone else, and I'm not. I'm just a guy who's trying to live the best life I can and tell these stories in a way that I feel is potent and visceral and worth anyone's time.

With young aspiring filmmakers, it's really easy to put people on pedestals when really we should try to be looking eye-to-eye.

Exactly. I went to this film festival back in 2002. There was a student symposium and you watch all these films and then the directors come back and sit down in this small classroom and you just talk to them for an hour. Meeting people like David Cronenberg and Fernando Meirelles and realizing oh, these are human beings and holy shit they're not sure why they made that choice... I remember way back then thinking I should keep going because these guys are just regular everyday people and they're terrified of what they're doing but they do it anyway. After Moonlight, there's such a spotlight on who I am. To really make it clear: I'm just a fucking dude who's fortunate enough to work with really fantastic people.