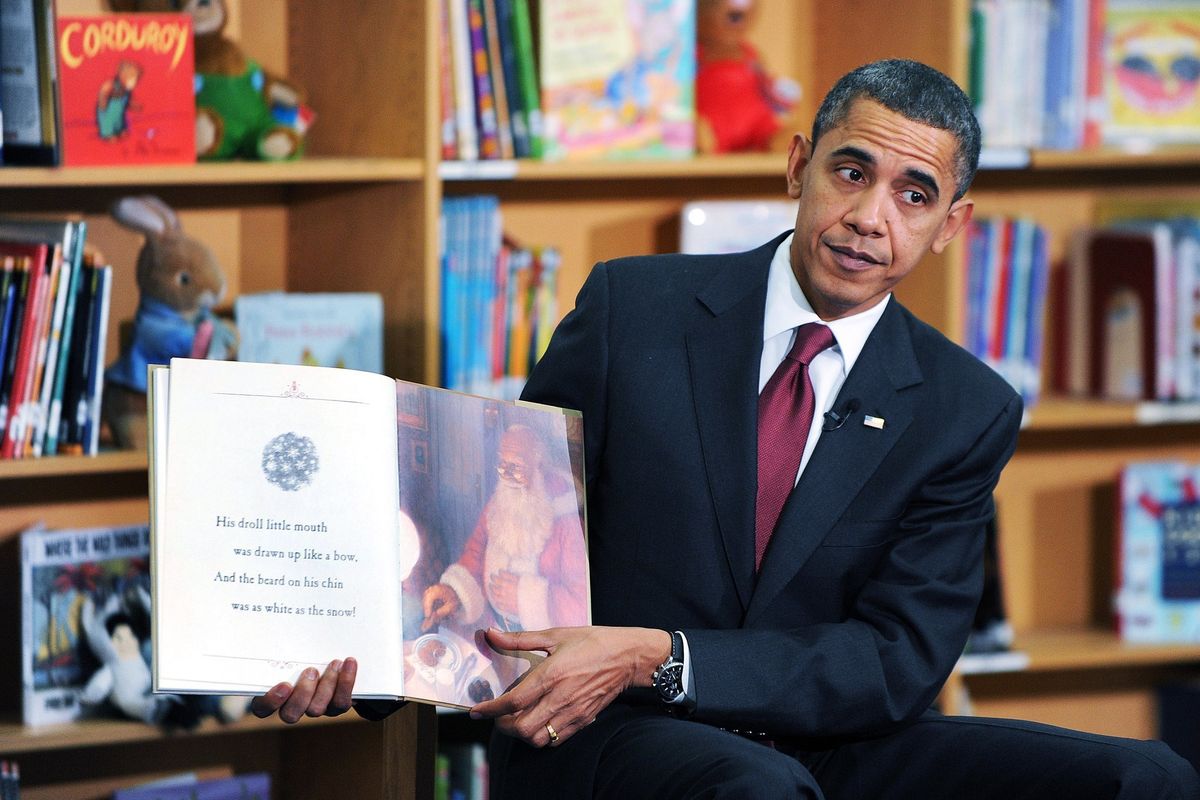 As the Summer heat wave drags on, you might be finding yourself spending a lot more days at the beach or at home with the AC blasting than you originally expected. Fear not, former President Barack Obama has you covered with his own list of must-reads to pass the time.

Obama shared his list in a post on Facebook ahead of his upcoming guest lecture in Johannesburg for the 100th anniversary of Nelson Mandela's birth, also marking his first visit back to Africa since he left office in 2017. The list features exclusively African authors, with the exception of former Obama speechwriter Ben Rhodes who recently released a memoir on his time in the presidential administration. The list covers a wide cross-section of authors from sub-Saharan Africa tackling topics such as identity, diaspora, and struggles against oppression, that are all still relevant to today's political turmoil.

Check out the full list, below, and Obama's own words on why he picked each book.

"A true classic of world literature, this novel paints a picture of traditional society wrestling with the arrival of foreign influence, from Christian missionaries to British colonialism. A masterpiece that has inspired generations of writers in Nigeria, across Africa, and around the world."

A Grain of Wheat by Ngugi wa Thiong'o

"A chronicle of the events leading up to Kenya's independence, and a compelling story of how the transformative events of history weigh on individual lives and relationships."

"Mandela's life was one of the epic stories of the 20th century. This definitive memoir traces the arc of his life from a small village, to his years as a revolutionary, to his long imprisonment, and ultimately his ascension to unifying President, leader, and global icon. Essential reading for anyone who wants to understand history – and then go out and change it."

"From one of the world's great contemporary writers comes the story of two Nigerians making their way in the U.S. and the UK, raising universal questions of race and belonging, the overseas experience for the African diaspora, and the search for identity and a home."

The Return by Hisham Matar

"A beautifully-written memoir that skillfully balances a graceful guide through Libya's recent history with the author's dogged quest to find his father who disappeared in Gaddafi's prisons."

The World As It Is by Ben Rhodes

"It's true, Ben does not have African blood running through his veins. But few others so closely see the world through my eyes like he can. Ben's one of the few who've been with me since that first presidential campaign. His memoir is one of the smartest reflections I've seen as to how we approached foreign policy, and one of the most compelling stories I've seen about what it's actually like to serve the American people for eight years in the White House."