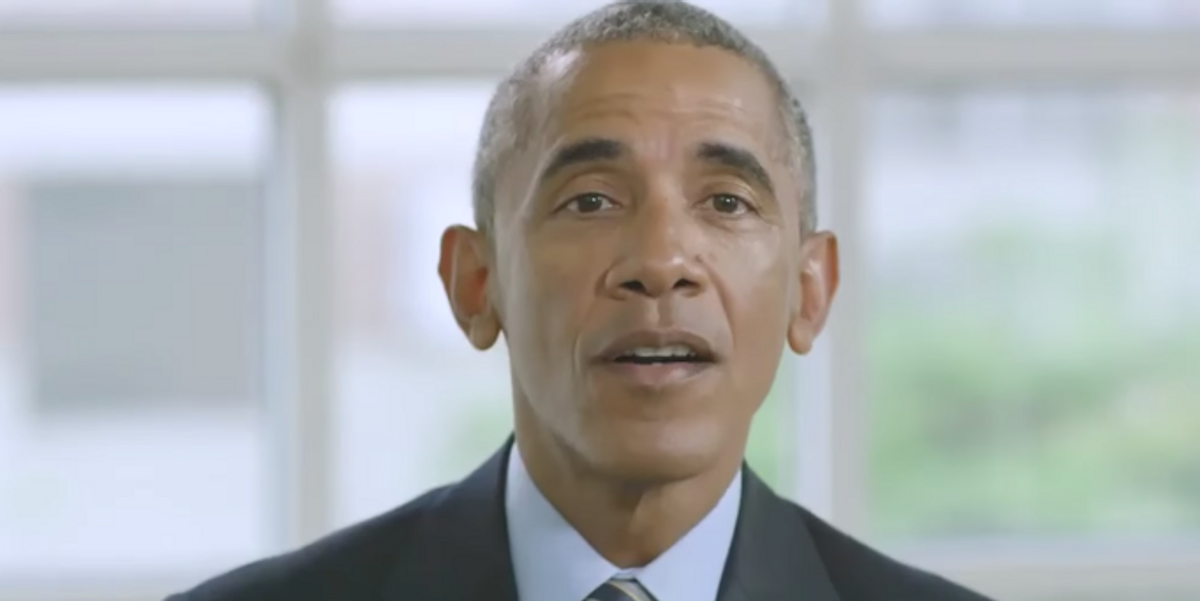 To celebrate Jay Z's induction as the first hip hop artist into the Songwriters Hall of Fame, Barack Obama recorded a video tribute in honor of the rapper and business mogul. Barack and Michelle are longtime friends of Jay and Bey, and the former president took a moment to note the similarities he shares with the rapper:

I like to think that Mr. Carter and I understand each other. Nobody who met us as younger men would have expected us to be where we are today. We know what it's like to not have a father around; we know what it's like not to come from and to know people who didn't get the same breaks we did, so we try to prop open those doors of opportunity so it's a little easier for those who come up behind us to succeed as well.

Obama also seemed to hint at the still unannounced gender of Beyoncé and Jay's twins, saying:

Jay and I are also fools for our daughters. Although, he's going to have me beat once those twins show up.

This statement, which could be read as a clue that Beyoncé and Jay are expecting two more daughters, immediately set the Beyhive buzzing on Twitter with speculation. It still could go either way, but if anyone was granted clearance for this most most confidential national secret, it would be Obama.