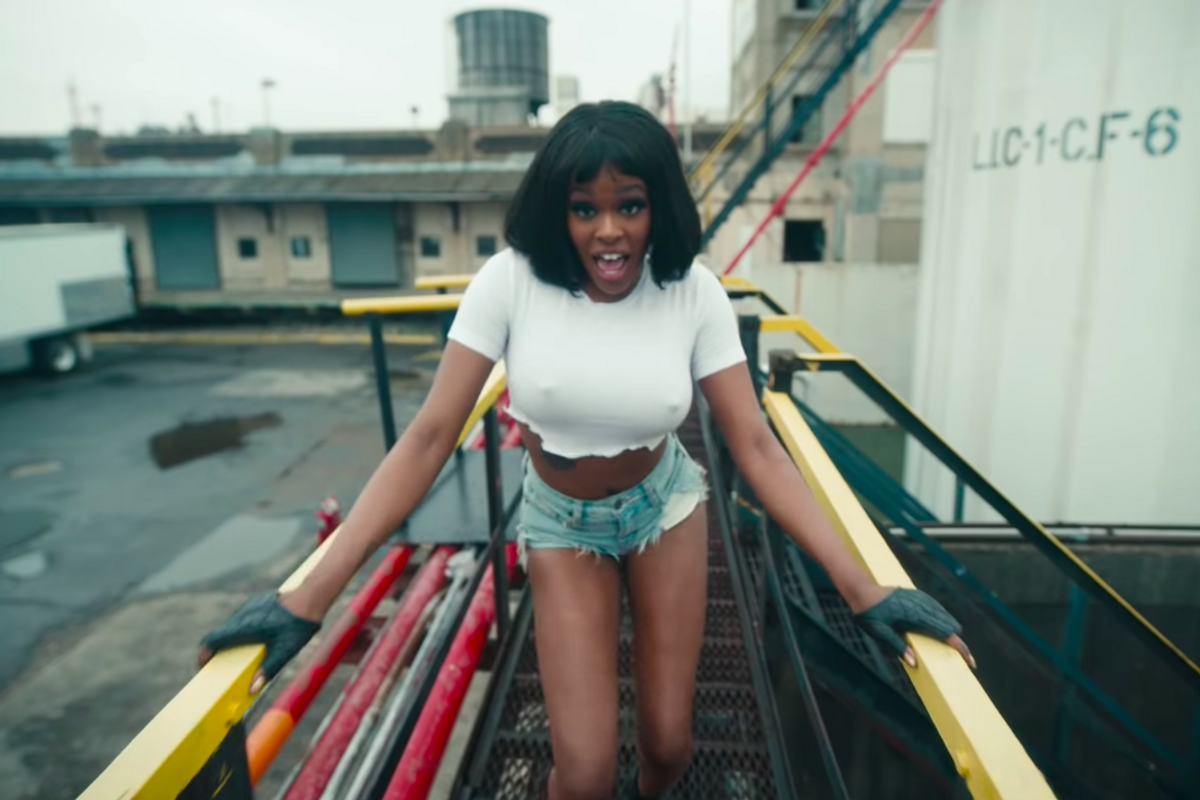 And then deletes it.

In an effort to close the lid on what has undoubtedly been one of the Internet's strangest beefs, Azealia Banks has issued an apology to Elon Musk, after having revealed that she spent days in his house and several months texting his girlfriend Grimes about everything from weed to his penis size.

In a now-deleted Instagram post, Banks writes, "I feel terrible about everything. I guess I could start off by apologizing for all of the painful events you've endured over the past week as I feel as though my actions have largely exacerbated them."

Banks further clarifies her reasons for being in Musk's home, writing that her only intention was "finishing a series of tracks with Grimes."

Furthermore, Tesla's stock recently took a dip following some tweets from Musk saying that Tesla had plans to sell merch including short-shorts, Balenciaga-style thigh-high sockboots and thigh-high socks with pockets, for what else, lipliner and credit cards. (Honestly, though: j'glam.) Banks likely added fuel to the fire when she stated that Musk had been tweeting on acid.

Then, of course, there were all those text exchanges in which Grimes revealed that Musk has a "giant dick" in case you were curious! I was? This, after Banks and Grimes trade texts about getting pregnant at the same time; don't act like you don't plan your pregnancies with your gal pals. Read the full letter below.

LittleBytes.co on Instagram: “😭 #AzealiaBanks writes a letter to #ElonMusk”