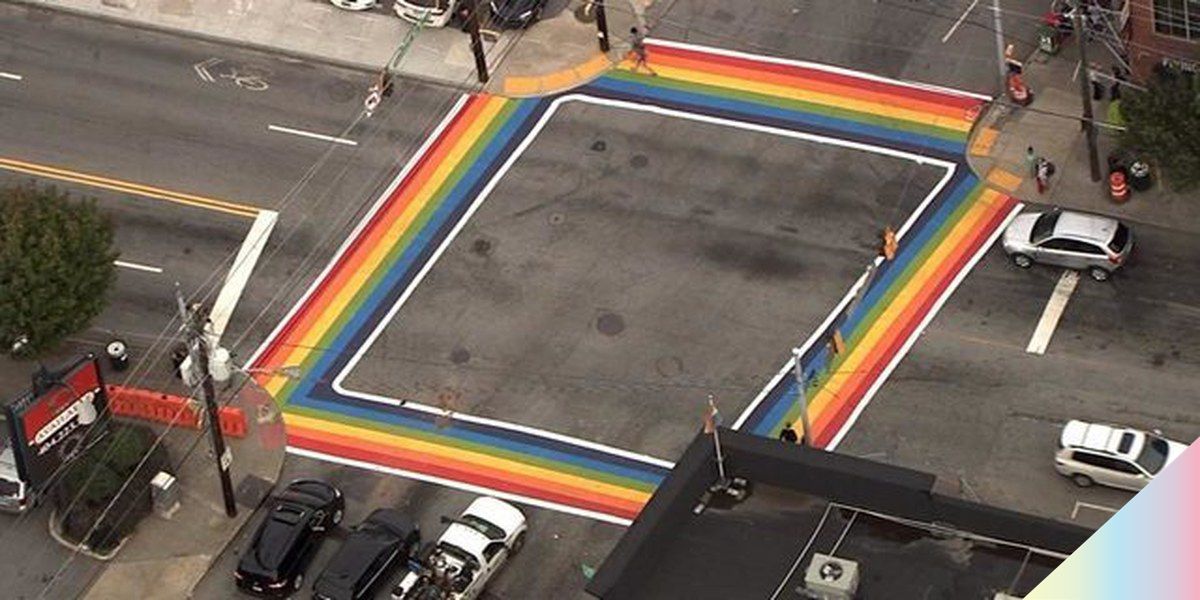 The great city of Atlanta is keeping the Pride celebration going year-round. On the first anniversary of the Pulse nightclub shooting, Atlanta's mayor Kasim Reed announced that the city will permanently paint rainbow crosswalks on a midtown intersection. The crosswalks were previously painted for Atlanta's Pride Month celebration in 2015 on the intersection of Piedmont Avenue and 10th Street, and over 20,000 people signed a petition in support of making them a permanent display.

"For the past year, Atlanta has grieved alongside Orlando," Reed said in a statement. "Our city has rallied around our LGBT community, and we have not shied from demonstrating our unity and solidarity. And with this spirit, I cannot think of a more important time to reaffirm our unwavering and unqualified support for our LGBTQ residents."

The area is considered a hub for many of the city's LGBTQ residents, and the permanent installation will be a meaningful way to honor their history. "I knew Atlanta, being in the deep south and having a history of such divisions, needed these crosswalks as symbols of acceptance, tolerance and the diversity of the LGBTQ+ community and its allies," designer Robert Sepúlveda Jr. said to Paper. "I always hoped the city would realize the importance of the crosswalks and make them permanent."

"I believe that symbols of unity matter," Reed added. "This intersection in Midtown is recognized for its history as a hub for Atlanta's LGBTQ community, and it is fitting that such an important and recognizable place should feature the rainbow flag."