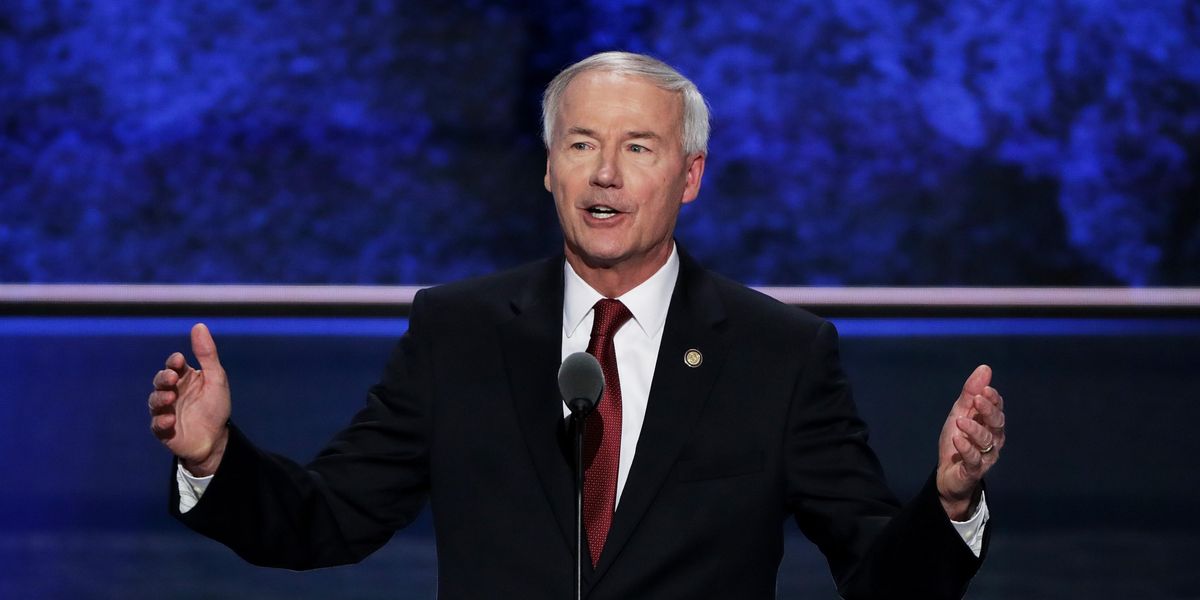 Arkansas Gov. Asa Hutchinson has signed a ban on nearly all abortions in the state.

On Tuesday, the Republican governor signed into law legislation that only allows abortion to save the life of the mother.

Despite Hutchinson expressing some reservations about the bill's lack of exemption rape or incest cases, he went on to say in a statement that he was signing it due to "overwhelming legislative support and my sincere and long-held pro-life convictions."

Legislators in at least 14 states, including Arkansas, have proposed abortions bans this past year. According to CNN, supporters ultimately hope the legislation will force the Supreme Court — which now has a conservative majority after the rushed confirmation of Amy Coney-Barrett — to revisit its 1973 Roe v. Wade decision, which legalized abortions nationwide.

In Hutchinson's statement, he also acknowledged that the bill was in direct "contradiction of binding precedents of the U.S. Supreme Court," but added that " the intent of the legislation to set the stage for the Supreme Court overturning current case law."

The law will not take effect until 90 days after the Arkansas Legislature adjourns their session this summer. During this time, abortion rights supporters like the ACLU have vowed to challenge the ban in court.

"Once again, Arkansas politicians have made it their business to dictate people's personal medical decisions, violate their personal autonomy, and block them from care," ACLU of Arkansas executive director Holly Dickson told the Arkansas Times. "This extreme abortion ban is cruel and unconstitutional and it will have accomplished nothing but cause stress for patients, while ignoring the pressing challenges Arkansans face."

Dickson continued, "Abortion is legal in all 50 states, including Arkansas, and we'll fight as long as it takes to keep it that way. Governor Hutchinson: we'll see you in court."