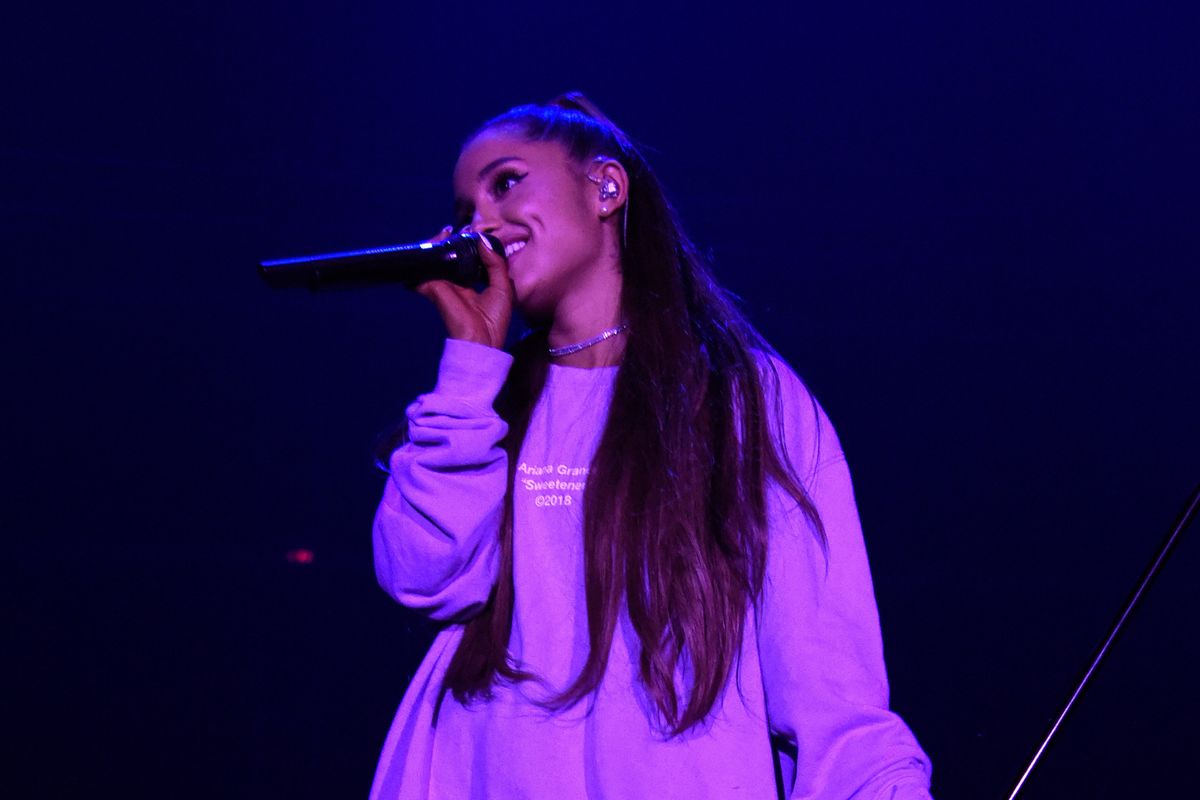 Immerse Yourself in a Modern Classic at the 'Sweetener' Pop-Up

It has been just over a month since Ariana Grande released her strongest and most mature album to date. And if you are like the rest of us, you've been repeatedly losing yourself in the world of Sweetener ever since.

Thanks to Spotify, fans will now get the chance to immerse themselves in Sweetener IRL at a new pop-up museum in New York City this weekend. Similar to the Instagram fun houses of 29 Rooms, Color Factory, and the Museum of Ice Cream, visitors will be able experience the album track-by-track as they walk through a series of exhibits meant to reflect the vibe of the album. Details as to what those environments might look like have been kept a tight-lipped secret but its not hard to imagine a bedroom papered in pictures of fiance, Pete Davidson, or a Sistine Chapel-like painted ceiling for "God is a woman."

Grande shared the flyer for the event on Twitter today,

And confirmed that there will be a room dedicated to each track.

Tickets to the pop-up will be free but only available on a first-come-first-serve basis, RSVP is currently full but Spotify has indicated that more tickets may become available throughout the weekend.