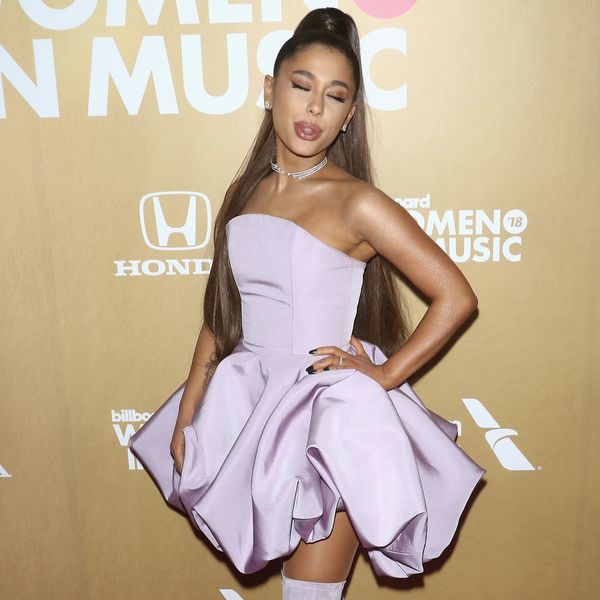 Ariana Grande Had a Day off, and Got This Tattoo

It would appear that Ariana Grande is truly on the mend from, what we can all agree, was a wild 2018. At least, that's what her upcoming fifth album, her engaging tweets, and now, new ink and a relaunched Sweetener World Tour might suggest.

The beloved singer posted an image of a new arm tattoo of adorable Pokémon creature Eevee by Kane Navasard on her Instagram story several hours ago, after admitting that on her day off she played Pokémon Go for 15 hours. Stars, they're just like us!

@ialreadymissuzi honestly. yesterday i had a day off and i played pokémon let’s go eevee for fifteen hours. honestly.
— Ariana Grande (@Ariana Grande)1547412513.0

She also announced the rescheduled North America dates of her Sweetener World Tour (get tickets here), which now extend through July to accommodate her upcoming headlining performance dates in April at Coachella.

See those dates, below, and in other related Ariana-is-thriving news, we're geeked for the release of her new single "7 Rings," the second official single from thank u, next, this Friday. That song is apparently about a lavish trip to Tiffany's in New York, during which, after sipping some bubbly, Ariana bought her diamond rings for her friends when she was having a bad day! How do we get in that squad again?