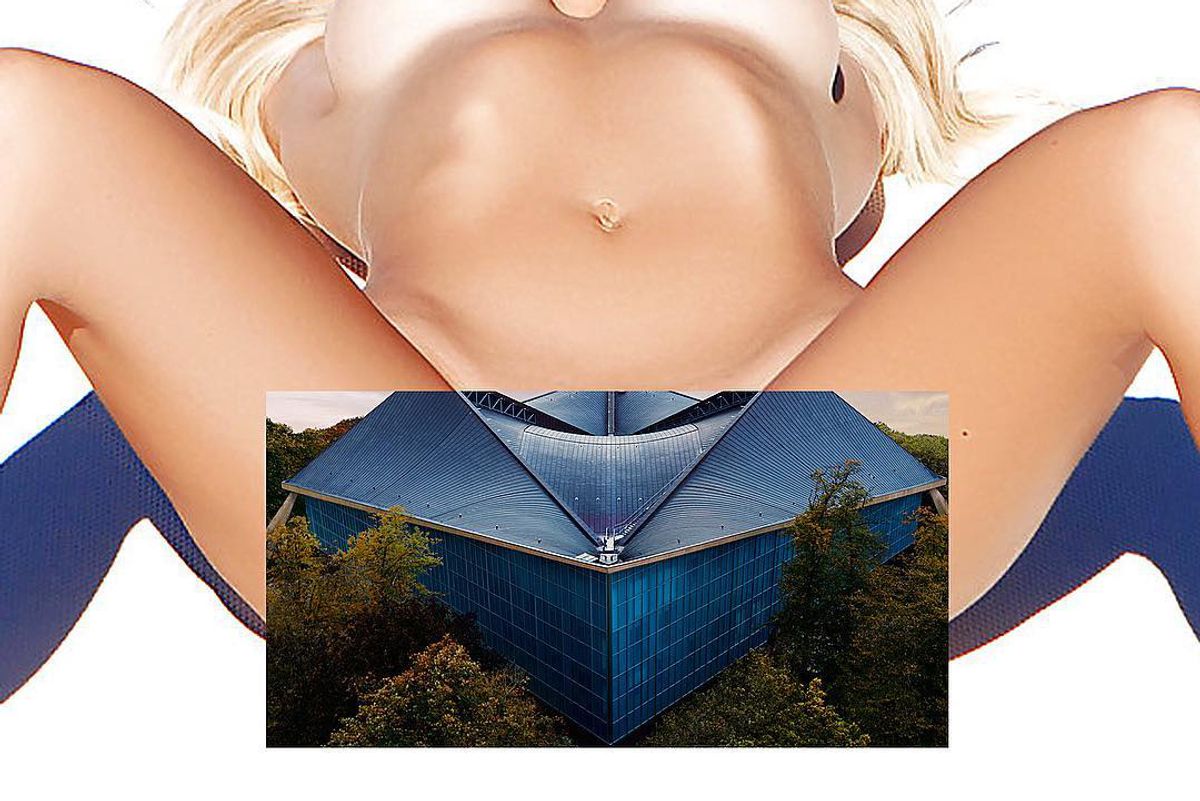 Meet the Artist Bucking Censorship One NSFW Collage at a Time

Though in some ways, the explosion of social media platforms has opened up previously unheard of avenues for freedom of fierce self-expression, in other ways those channels have simply become extensions of the culturally-ingrained power structures that dictate from on high what content gets approved. Nothing sparks over-zealous censorship quite like female sexuality, and Instagram has been a key player in recent years of upholding strict and seemingly arbitrary standards of female nudity.

Enter 27-year-old Giulia, who goes by the handle @scientwehst and creates "brazenly-feminine digital collages" that appear borderline pornographic despite technically meeting Instagram's respectability standards. Combining images of architecture and female models, Giulia turns the concept of nudity on its very head while also exploring the relationship between the physical structures we both create and inhabit. We chatted with the Brooklynite about her influences, process, and creating unapologetic work that celebrates the female form:

How did you get into making collages?

I became super fixed on the idea of creating digital art after taking a few Photoshop classes in college about 3 years ago.

The human anatomy has been considered to be "nature's peak of perfection" and has served as inspiration for architects for decades! I know most people don't recognize the similarities between a woman's body and a building, but to me they're unmistakable. It made the most sense to combine them because of their striking resemblances: possessing a skeleton, skin, façade, flexibility, strength, and sometimes sex appeal.

What is it about the female form that interests you? Do you use models, or do you photograph yourself for these?

In the past I have photographed my best friend (who is a sex worker) nude for a few collages, also myself once (which wasn't that good) but I mainly source the images from websites that aggregate pornographic content. However, photographing models is a main focus for 2018!

Instagram is notorious for over-censoring all the wrong things. I've read that your account has been suspended a few times and that your images have been reported. What's that been like? Has it gotten any better?

It's the Wild West out here. No one can keep track of what's appropriate and what's not. No disrespect, but a fitness model with her cheeks out after a sweat session at the gym will be fine but a picture of me at home in my underwear will get flagged. Instagram guidelines are bullshit. It never ends, but it definitely has been better when it comes to posting my collages. I've heard they've become more lenient with nudity in art, mainly with paintings and illustrations, but who the fuck knows.

In a culture that thrives on the monetization of women's bodies, why do people freak out so much when women display their sexuality, femininity and bodies on their own terms?

To put it simply, society values male pleasure more than female pleasure and when our bodies are viewed as anything other than objects of male pleasure, it makes some people uncomfortable.

Who would you consider your influences? What other artists (in the digital space or otherwise) are you excited about right now?

I think there are a lot of women artists who are killing it in the digital space, but I'm mainly inspired and influenced by my friends and their progression as creatives and artists. Nothing gets me more excited than to see them working toward their passion and succeeding in their creative endeavors.

For 2018, I'm working on creating a website, selling larger limited edition pieces, and maybe coming out with more skate decks and some t-shirts.