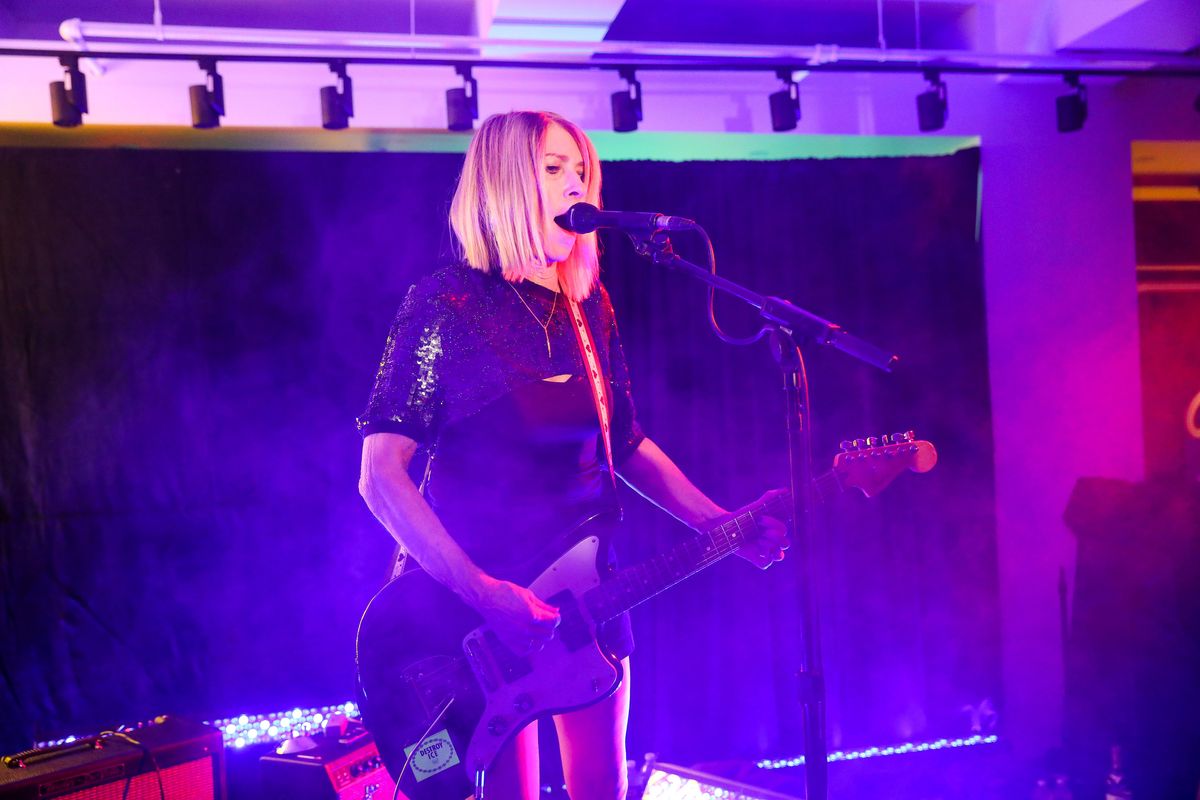 Sonic Youth member and iconic figure of the downtown scene, Kim Gordon, has long been celebrated for her many contributions to the great canon of punk, but what you might not have known is that her work has long transcended the musical realm. In addition to having her own line of sun-kissed streetwear, X-girl, Gordon has, for a while now, been translating her lo-fi aesthetic into the visual realm through her wonderfully raw art, and it is about time we give her work its rightful due.

Now in the first solo museum exhibition of her work, the Andy Warhol Museum looks to explore Gordon's work further. Turning everything from tweets to obscure band names into expressive scrawls, practically plucked from the bathroom wall of the seediest dive bar, Gordon's work not only manages to capture the essence of the music scene she has thrived in for the past several decades but offers a glimpse into the mind of the "noise queen" herself. The soon-to-be mounted show, Kim Gordon: Lo-fi Glamour, is set to unfold in two parts: a survey exhibition encompassing the artist's many paintings, drawings, and sculptures as well as a score commissioned by Warhol for his 1963–64 silent film Kiss.

Gordon has long cited Warhol as one of her many inspirations, saying in a 2013 interview that she "was interested in the lo-fi take on popular culture that Andy Warhol represented." It feels fitting that not only would Gordon have her first solo museum show at the institution founded in the art icon's honor but would then go above and beyond to tribute Warhol in a way that bridges the gap between her world and his. Gordon's Kiss score will also see a limited-edition vinyl release accompanied by a booklet of essays.

Kim Gordon: Lo-fi Glamour is set to open May 17th at the Andy Warhol Museum in Pittsburgh, Pennsylvania. In the meantime, take a sneak peek at some of the works featured in the upcoming show, below: