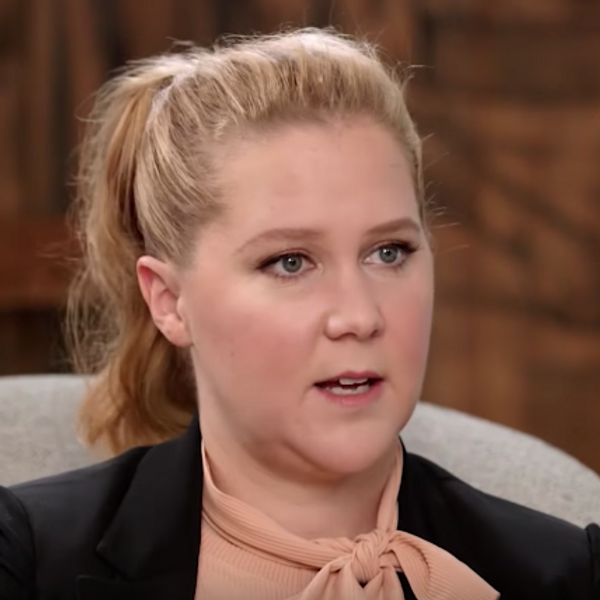 Amy Schumer Tells Oprah About Losing Her 'Virginity Through Rape'

Amy Schumer has made jokes about being "gray-area raped" as a teenager in her stand up, referring to it as "grape" to bring humor to a painful situation. But she spoke more in detail for the first time about that experience and how it affected her this week during her SuperSoul Conversation with Oprah.

"For me, I lost my virginity when I was asleep, and that's not okay," Schumer told Oprah. "So, in my stand-up, I would say, 'If she's asleep, that's a no.' Just hoping that a couple guys would see that and it would be met in that moment, like, 'This is a no. I heard that somewhere.'"

Schumer also touched on the fact that women are mostly raised to believe rape happens when a strange man jumps out of the bushes and assaults you, when in fact most rapes are committed by people we know. "They don't say it's probably going to be a guy you know really well," Schumer said. "It could be your husband. It could be your friend."

In Schumer's case, her assaulter was her then-boyfriend. She confronted him about the fact that she didn't consent to losing her virginity, and in a twist that will sadly be familiar to many victims of abuse, ended up having to comfort him because he was so distressed about what had happened.


Schumer responds, "I personally feel like I lost my virginity through rape. I didn't consent. We hadn't discussed it. We weren't there in our relationship. We weren't at that moment."

You can see the full conversation here: