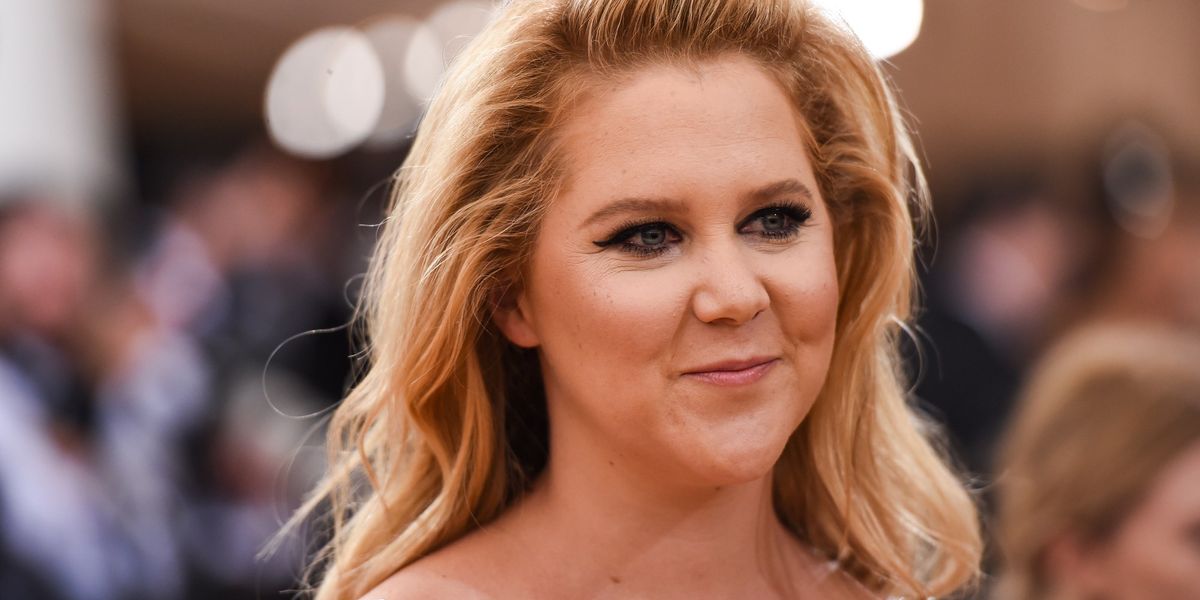 Earlier this week, President Trump openly mocked Senate Minority Leader Chuck Schumer, making glib comments about the Senator after he teared up while calling Trump's executive order banning refugees from entering the country "mean-spirited and un-American." However, comedian Amy Schumer had a few things to say in defense of her cousin.

Nancy Pelosi and Fake Tears Chuck Schumer held a rally at the steps of The Supreme Court and mic did not work (a mess)-just like Dem party!
— Donald J. Trump (@realDonaldTrump) January 31, 2017

"I know Chuck Schumer and HE CANNOT act trust me. He can barely smile on cue," she wrote in an Instagram post, brushing off Trump's Twitter accusations of crocodile tears and a hired acting coach. "He can't help but be transparent and genuine. He was hurt for those people and all the people facing such unconstitutional injustice."

However, Schumer used the rest of her post to activate her followers saying that, "We can't get burnt out or overwhelmed and distracted. We need to stay focused and organized."

"We need people alert and fighting for each other's rights," she continued. "Tell your sheltered friends to wake up and help. If you live somewhere where you've never even met a Muslim person and it feels like this doesn't really affect you. It does. A Muslim ban is so unconstitutional and cruel."

She ended the post by reiterating that no refugees from Trump's "banned countries" list had ever committed an act of terror on US soil, and urged people to call Congress and the Senate.

"We need to wake up and rise up together," she finished. "People need our help" -- read her entire post below.