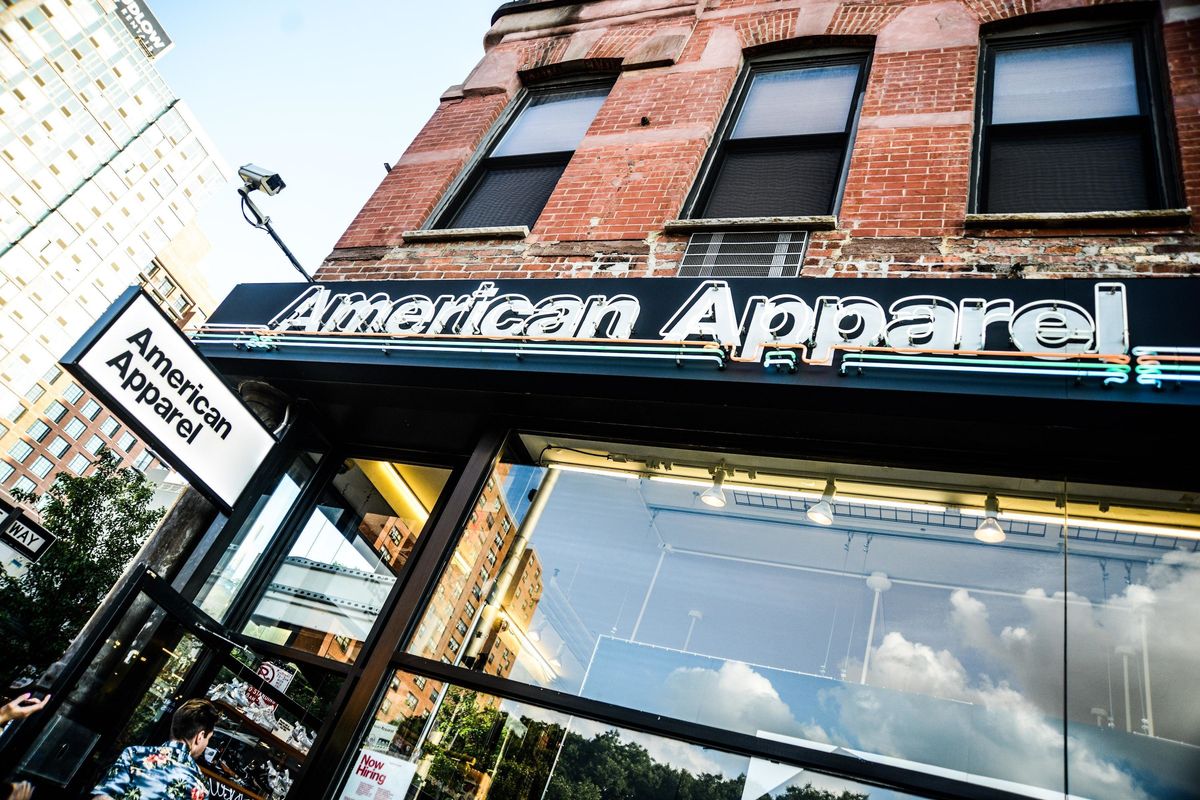 American Apparel Is Bringing a New Store To Los Angeles

American Apparel announced bankruptcy in 2016 and closed all 193 of its stores worldwide. Now, shoppers will once again be able to try on the brand's classic zip-up hoodies and high-waisted jeans in person. Gildan Activewear, the Canadian company that purchased American Apparel for $88 million after they filed for bankruptcy, has announced they are opening a physical store in Los Angeles. The store will be located at Melrose Avenue in a building that once housed the biggest American Apparel location in California.

Since being purchased, American Apparel has been taken in a new direction. Prior to closing, the brand's CEO and founder, Dov Charney, was accused of sexual harassment and replaced by Paula Schneider, who has since left the country. Gildan reopened the website in 200 countries last August. Though the original brand touted its made-in-America ethos as one of its central tenants, the clothes are now largely made overseas in Central America and elsewhere, Bloomberg reports.

The company's Executive Officer Glenn Chamandy has said that the plans for future stores are still hazy, saying, "We're opening one and that's going to be like a test model store for us, and then we're going to see where that takes us in the future," he said. "We either could franchise, we could open a couple more, we haven't decided yet."