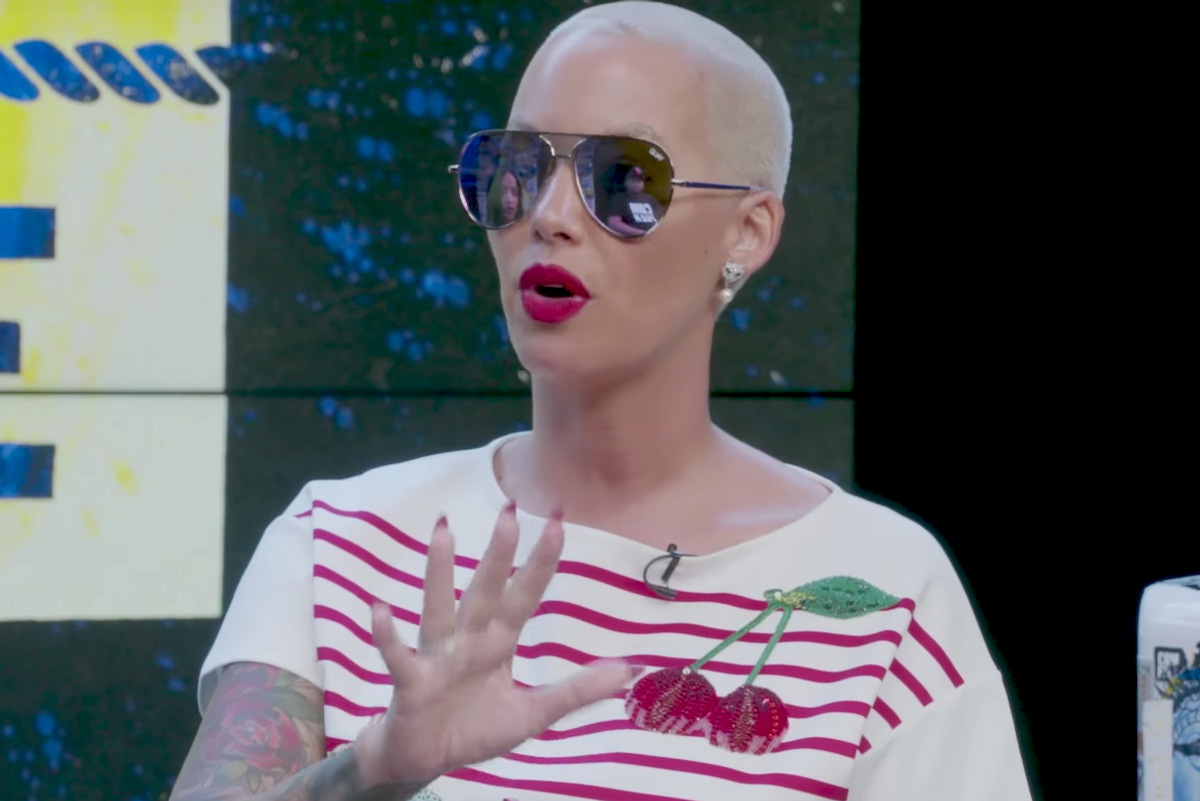 On the latest — and perhaps most infuriating for any human woman with a pulse — episode of Complex's "Everyday Struggle," Amber Rose is forced to not only defend women's right to sexual freedom to the show's male cohosts, but address rumors that Blac Chyna was trying to "finesse" ex-fiancé Rob Kardashian throughout their entire relationship.

After Rose fails to convince Joe Budden that slut-shaming is unnacceptable ("I still think there are hoes"), Budden changed tact and asks Rose to dissect Chyna's "finesse" that lead to her and Rob's relationship meltdown, asking the model how she can be certain that Chyna really loved Rob.

"People look at Chyna and they just be like, 'She got Rob for everything, she's taking his money,' she's not that type of person," Rose explains. "I remember when her and Rob met, how they fell in love and how happy they were, they're just not happy anymore. That's life, it just happens."

The hosts then ask her to address the fact that Rob tweeted that Chyna was only with him to hurt her ex Tyga, who famously went on to date Rob's younger sister Kylie.

"It comes back to people being uncomfortable with women making their own decisions in life," Rose says. "She opted to leave. She did not want to be in that situation anymore, and that made people uncomfortable that she fuckin' left. It doesn't mean like, oh, let me get my baby, let me get my check, let me leave, it's like no, we had something great and now we don't. And guess what? I'm out."

"Yes, there are horrible women out there, just like there's horrible men. But at the end of the day, I know what they really had. If you're not happy in a relationship, you're going to be out."

You can watch the whole episode below.