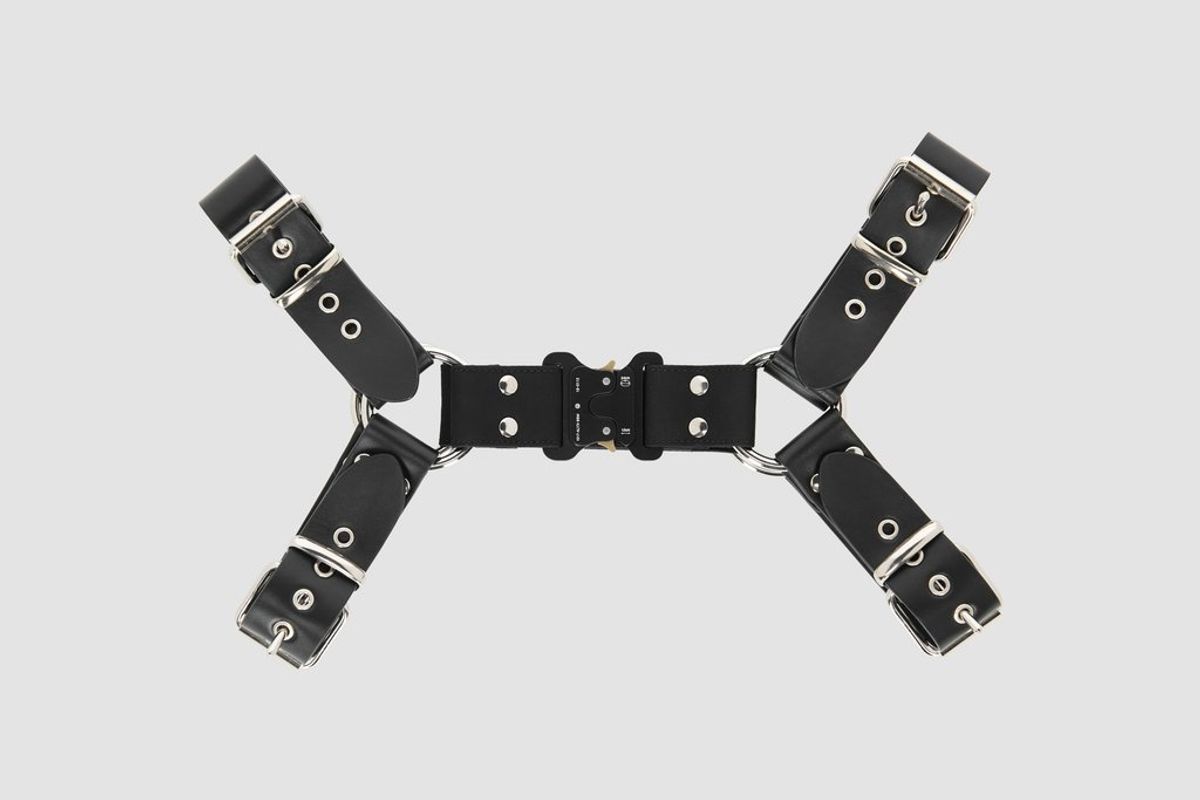 Matthew M Williams' 1017 ALYX 9SM is loved for its hardware. The brand's use of its now signature rollercoaster buckle that adorns everything from bracelets to bucket hats originally put it on the map, and now have made their accessories an absolute must-have. Alyx is even credited with being one of the early champions of chest rigs and harnesses before other interpretations started popping up on runways and red carpet stars like Timothée Chalamet and Michael B. Jordan.

Imagine sitting down to eat tacos at your local restaurant in a full Alyx chest harness, failing to tip, then leaving in a 2008 Honda Accord
— Noah Dillon (@Noah Dillon)1592874160.0

The leather harness, which has already sold out online, sets you back $611, so it might not be for the casual kinkster. But if your passion for fashion spills over into the bedroom, you need not look any further. The only question that remains is whether or not Anna Wintour already has pre-ordered hers yet?