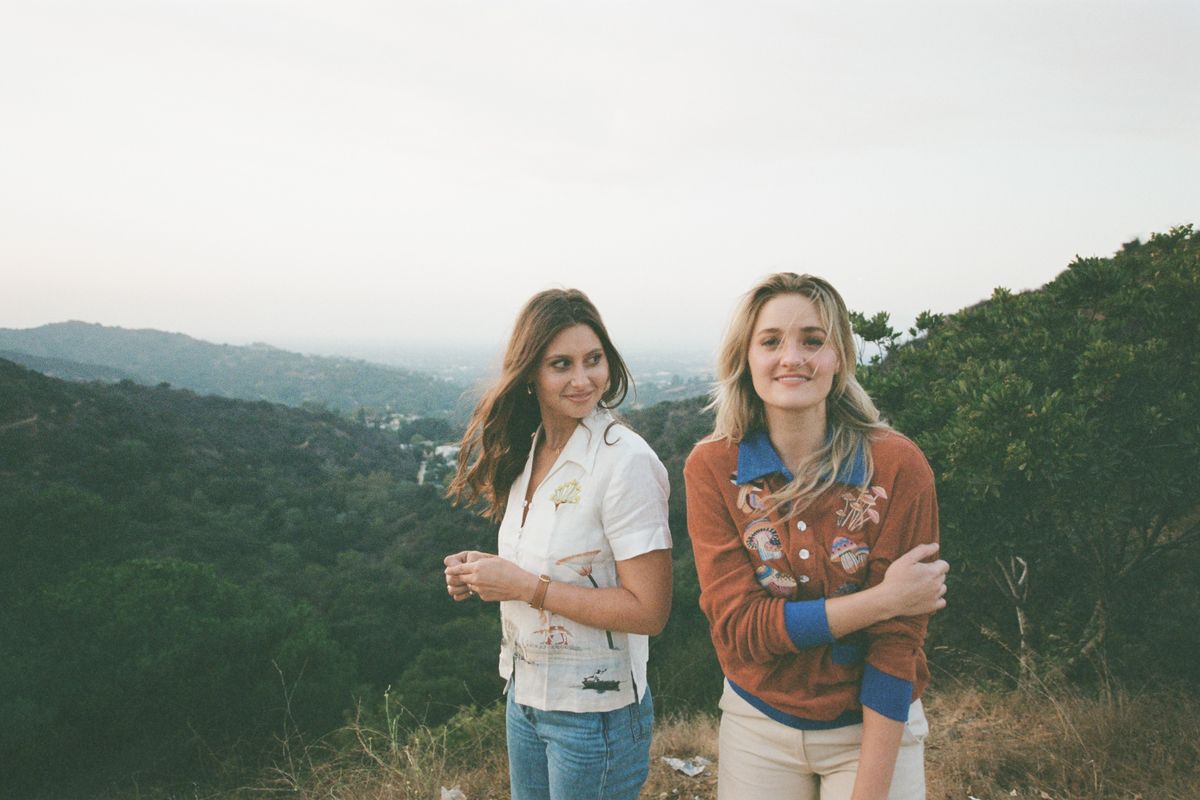 Aly & AJ Head to the Ranch in Their 'Slow Dancing' Video

After unleashing in 2020 two dark, electro-pop bangers "Attack of Panic" and "Joan of Arc on the Dance Floor," Aly & AJ are closing out the year on a softer note with "Slow Dancing." The sister duo is planning to share a new single every month leading up to their new album, scheduled for release in spring 2021. This will be Aly & AJ's first full-length since 2018's impeccable Ten Years, featuring "Take Me' and "The Distance."

With "Slow Dancing," though, Aly & AJ offer up a more chilled out, acoustic song for the times, as they talk about longing for someone and a desire for simplicity. "I've never had this much time on my hands," the pair sings quietly, reflecting on this period of isolation where days bleed into the next. Then on the chorus they admit, "I don't need anything fancy/ I just need me and you slow dancing."

The music video, out today, doubles down on the track's message by flipping between loneliness and companionship. Shot in quarantine, Aly & AJ produced the sunset visual on their mom's California ranch while wearing their own hair and makeup. AJ opens with a final gulp of red wine, as the scene switches to a memory of her dancing with a lover. Aly then walks in alone with her horse, before hopping on the bed of a truck as "Slow Dancing" picks up speed and finds her at a saloon.

"We wanted this video to tell the story of two lovers separated from each other during an unprecedented time," Aly & AJ told PAPER, speaking to the video's bittersweet narrative. "We chose to shoot the majority of this video in one choreographed take in Santa Ynez, a place we hold many memories. This song is the first reflection of what's to come from the full album."

Beyond rolling out new material, 2020 has also revived Aly & AJ's past with "Potential Breakup Song" — the hit single off their 2007 album, Insomniac — going viral on TikTok. An impressive 2 million videos have been made with the throwback track, including one from Gordon Ramsey, and the sisters used it to launch their own TikTok. Boy band Why Don't We even transformed "Potential Breakup Song" with a moodier, acoustic cover.