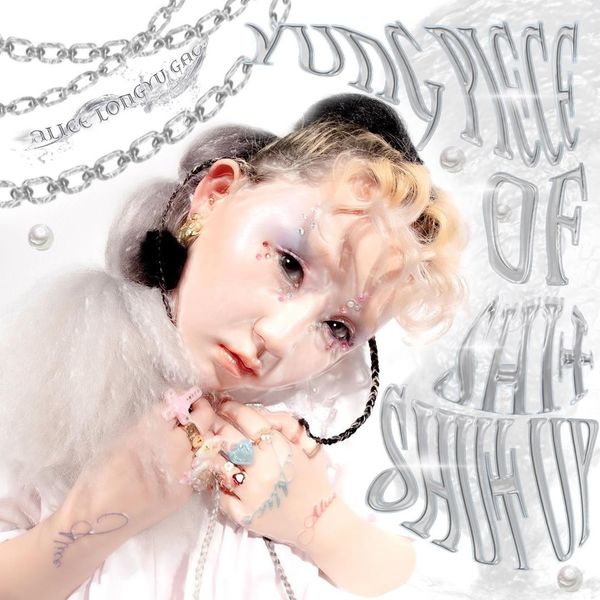 Today, the Chinese-born, New York-based artist releases two new tracks from her upcoming EP, Violent Pop. One of them, "Yung Piece of Shit Shut Up," was co-produced by Jack Laboz and Gao's longtime collaborator, Dylan Brady. "You still ask your daddy for his cash," Gao sings to her subject, who she calls "universal trash."

In an Instagram post announcing her new singles, Gao writes that she must release "these intense emotions and jokes, through this fresh musical arrangement and songwriting" she is "experimenting with."

Alice Longyu Gao on Instagram: “[Violent Pop by ALG release 1]⭐️Link in Bio!! i feel beyond wild to release these songs. Would u be scared if u r on a journey of ur own, u…”

The second track, "U Think U Can Fuck with Me Dont Ya," highlights Gao's abilities to stretch her voice to its limits, ranging from screaming, screeching and delicately chanting. Her voice joins pulsating beats, sudden electric guitar solos and claps as she repeatedly sings the song title. The track was also produced by Laboz and Chris Greatti.

Alice Longyu Gao on Instagram: “[Violent Pop by ALG] release 1 pt.2 “u think u can fuck with me dont ya” prod. by @jacklaboz & additional production/guitar from…”

In the post announcing that song, Gao writes that at first, she thought no one would like this track, but that she ultimately felt that "kids needed" to hear its confident message.

Gao has long been on the radar of electronic music fans. The artist has been associated with everyone from Dorian Electra to CHAV and even created an immersive pop-up that served as an ode to Harajuku culture.

As the musician told PAPER last December, the release of these two singles means that her 2020 EP is well on its way. Until then, stream "Yung Piece of Shit Shut Up," and "U Think U Can Fuck with Me Dont Ya," below: