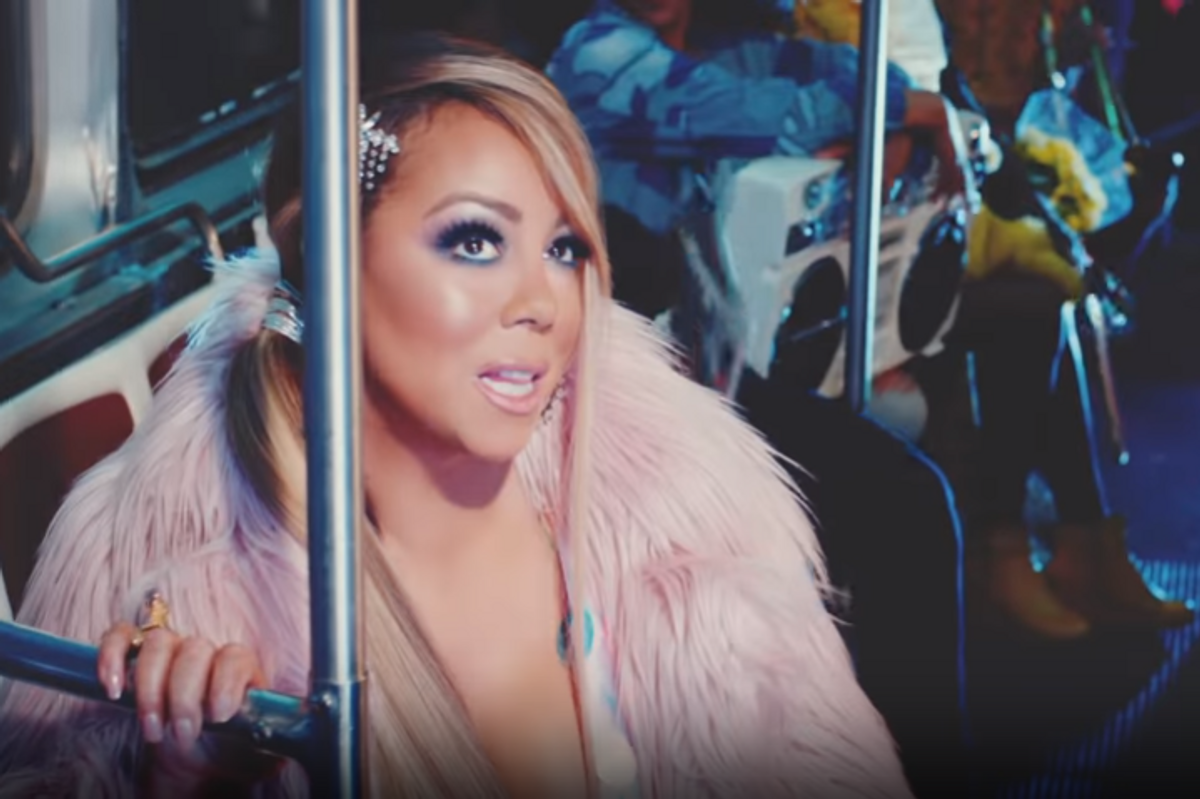 Mariah Carey's 'A No No' Just Got Even Better

We already knew that the best song on Mariah Carey's excellent new album Caution is "A No No," a worthy entry into the well-established genre of pop songs about telling men to just stop. Mariah briefly speaks French in it and hits the whistle register. What more could you ask for? A remix and guest verse, obviously. From British rapper Stefflon Don!

Stefflon Don's verse references late TLC member Lisa "Left Eye" Lopes, which is cute because "A No No" is definitely a spiritual sequel to "No Scrubs." The song also samples the beat from Lil Kim's 1997 track "Crush On You."

Carey is backed by a diverse crew of dancers in the clip, which definitely wasn't filmed during peak hour. There are so many cute details to enjoy — spot subway ads with Caution album art on them, some fierce commute fashion looks, a trombone player, dabbing teens, and lots of gritty 1970s-style graffiti.

Watch the new video for Stefflon Don's remix of "A No No" by Mariah Carey, below.