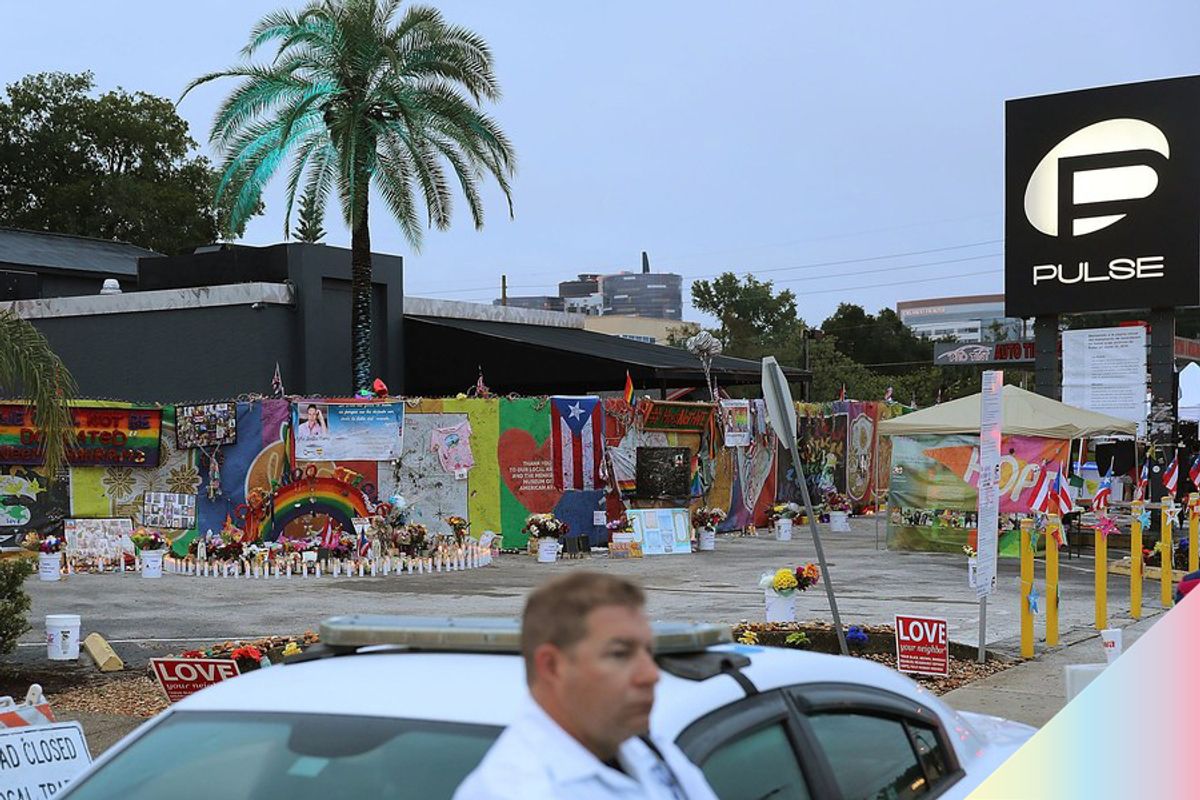 Today marks the first anniversary of the horrific shooting at LGBT nightclub Pulse in Orlando, which left 49 people dead and 53 injured. The massacre, committed by gunman Omar Mateen, is the worst mass shooting in U.S. history.

Last night, in memory of those lost, 49 people dressed as angels (one for each life) surrounded the club just an hour before the time the shooting took place. According to a local broadcaster, reported by CBS, "The same people dressed in wide, white angel wings protected family and friends in the days after the shooting last year so they could mourn in private—Soft music played and the angels held candles, their backs facing the club as family gathered behind them."

They were joined by hundreds of others, almost 1,000 people say officials. Family members of those murdered were in attendance to read off the names of their loved ones.

The city of Orlando has declared June 12 "Orlando United Day," and three other ceremonies have been planned for today at the nightclub with a large gathering expected downtown. A rainbow flag will wave at City Hall, and many of Orlando's landmarks are already lit up with rainbow lights.

In remembrance, here are the names of the 49 victims, via the city of Orlando: