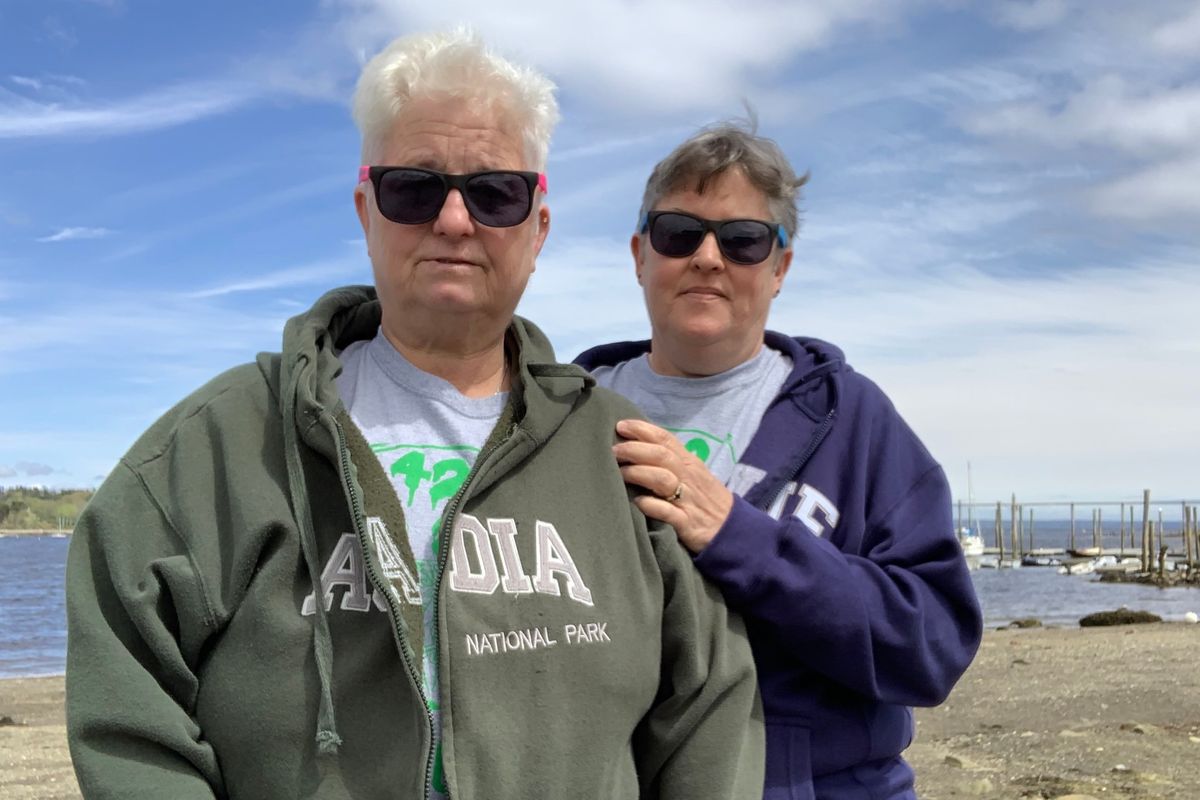 Forget about Sophie Turner and Joe Jonas, Cara Delevingne and Ashley Benson. Even Keanu Reeves and Alexandra Grant. (Definitely forget about FKA Twigs and Matt Healy). The best couple on the internet is Sue and Lee, married retirees from Maine who run the account @420OldFatLesbians.

Sue and Lee have built a 100,000+ strong Instagram audience with irrationally funny, low production-value stunts that revolve around their love of weed and each other. Their videos typically involve one or two lines of corny deadpan dialogue as they perform smoking stunts that Harold and Kumar would try, taking rips off douches and Barbie dolls, or puffing on five blunts at once. Often, nude.

At first there was a novelty factor to how Sue and Lee subvert the conventional image of both potheads and viral content-makers. But after hundreds of videos, they've honed a highly original style, carving out a lucrative niche as cannabis advocates: they were named to Leafbuyer's top cannabis influencers of 2019. Weed content aside, people stay following for Sue and Lee's endless stream of ideas, liberating comfort with who they are, and undeniable chemistry.

Running a successful meme account with your S/O that provides you with an endless supply of weed? It must be said: couple goals. To help take the edge off this February 14th, PAPER caught up with Sue and Lee to talk romance, queering Valentine's Day, and if the kids are alright.

How long have you been together?

What's the story of how you met? Who courted who?

We met on Plenty of Fish – lived 90 miles apart in Florida. Lee drove up to Sue's house and after three months Lee moved in with Sue.

Did you date much before you met each other?

Yes – we had our share of awful relationships before we met.

Sue has a surprise planned for Lee. Most memorable Valentine's Day – sitting on the beach with wine, weed, cheese and fruit – at night with a candle and blankets listing to the waves crashing on shore.

Are you guys into gifts as a couple in general, or no?

Not really into material goods – will give each other coupons for massages, foot rubs and other romantic gestures.

Going to the casino to play slot machines and have dinner.

How have you seen the world of dating and romance change, especially for gay women, since you two were on the market?

The younger generation seems much more open, more PDA and using labels for themselves. Whereas in the '70s we were less open with little PDA and we shied away from labels.

What's your take on dating apps?

We don't know what's out there – really – no need.

According to studies, young people are having less sex than generations previous. There's a lot of theories why: general anxiety, the political climate, information overload, emphasis on careerism and productivity. What do you guys think? Are the kids ok?

Well – we didn't know that – especially after watching the L Word Generation Q, lol. Maybe the lack of growing up and communicating face to face – sharing feelings while looking into each other's eyes. It's the social media generation and they are texting to communicate or using a social media platform.

What's your number one piece of relationship advice for single folks looking for love, or people in relationships who want them to thrive like yours has?

Be realistic – don't reject possibilities because you might have a type! Be yourself and don't settle for less – pay attention to red flags. When in a relationship practice unconditional love, listen and don't expect your partner to change.

Do you believe in soul mates?

We believe in Twin Souls – and we are. We like the same things, have the same values, same beliefs – easy communication and we know what the other is like.

From jewelry commercials to "His and Hers" products, Valentine's Day can be pretty hetero-centric. How do you think the holiday should be queered?

Love is Love – you shouldn't worry about what's missing – be ok with what you have. Can't find a card? Make one.

What are your favorite gay love stories in popular culture?

Sue and Lee loved Vita and Virginia and the original L Word and Fried Green Tomatoes.

Not Valentine's Day related, but what's with the sunglasses?

At this point, with all your brand partnerships, do you ever still have to pay for weed?

Why do you think your brand has been so successful on social media, particularly among millennials?

Our name basically represents who we are – younger people enjoy seeing two older women just being themselves and not trying to fit in. Many say it gives them "hope" for the future so in a way they know either they are or will be ok.