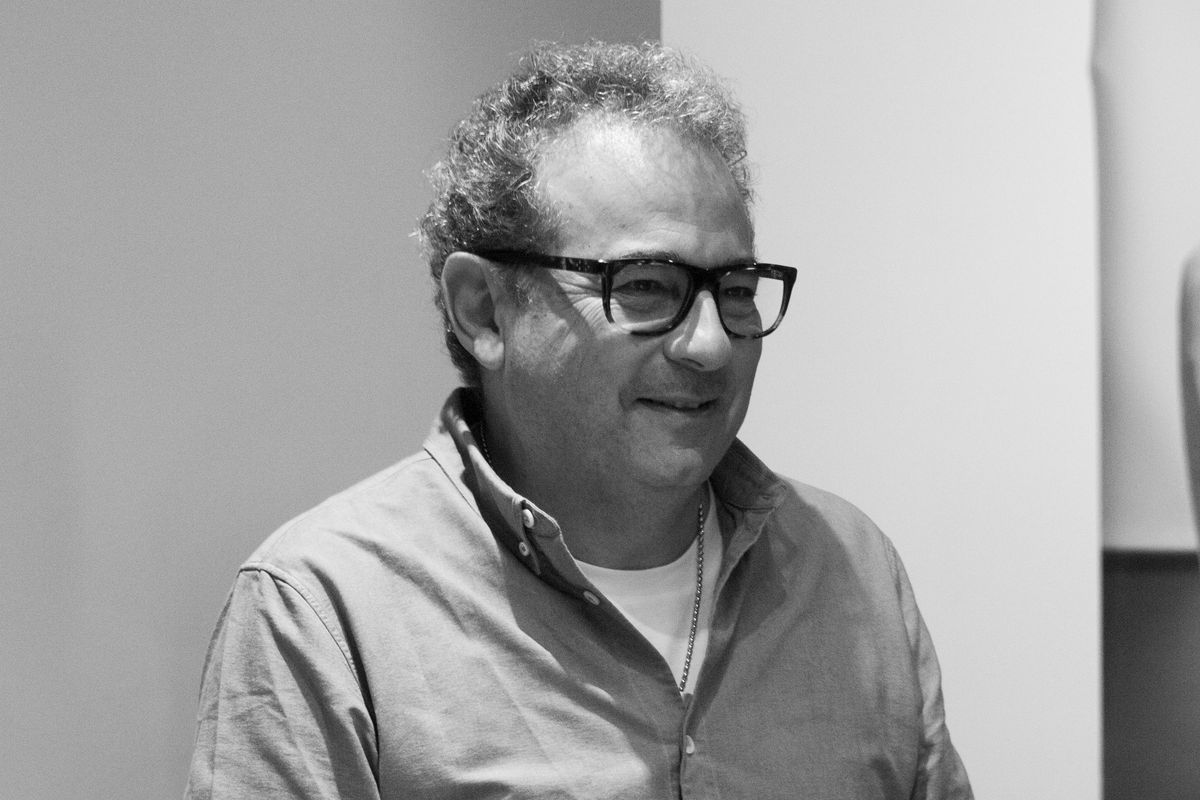 If I'm unsure about whether or not I like a fashion person I've recently met, I always give them a simple test: I ask their thoughts on the brand A.P.C. If they don't like or, God forbid, haven't heard of it, there's no way we can ever be friends. If they love it, I know they're smart and "get it." The good news is in my 25 years in fashion, no one has ever failed the A.P.C. test. That's because since its founding 30 years ago, A.P.C. has been a consistent source of cool, well-made classics. Designer Jean Touitou celebrated the anniversary earlier this year with the book A.P.C. Transmission, which tells the brand's story across 544 pages. We caught up with Touitou while he was in New York to celebrate the book's release.

Has this anniversary made you look back and feel nostalgic?

Not really. Everybody gets older, but we do have ideas for the future that is going to be very revolutionary. You know there's a big crisis in fashion because finance has been taking over everything. It's a funny time where there's a lot of money, but the money doesn't go in the right places. There would be too much economic theory going on. For one dollar of real economy, there are 500 made-up dollars. That doesn't help you or me. But in publishing it's also really difficult.

I think it's exciting because in our case we did find a solution that I cannot think about right now. There's this problem of the brick and mortar store which is impossible to continue and there's a problem with e-commerce. We believe we have found something in between. This is why I'm not nostalgic because we have still a lot to say and a lot to do. Especially because we have to move quite fast and keep changing. Even if we do things that seem to be so simple, it happens that a lot of people are watching us. So we have to move really quickly.

Do you ever feel the need to change? Do you take the same approach to a design now as you did 30 years ago?

Frankly no. I cannot for various reasons. First of all the company has grown and sadly I cannot afford any more of the quality of fabric that I used at the beginning. I used the fabric that the guy from Savile Row used to buy, and now in Paris there's 300 employees you have to pay. You cannot be luxurious. There's one place I shop at and I'm not ashamed to say so because I admire them. It's this Japanese brand called 45 RPM. It's obscenely expensive, but the fabrics — I know what they are — and that's the price you wish you pay for. Some pieces are expensive and I know the guy who does them. That's just the way it is. One cannot be as minimalist as one would like to because again everybody has become minimalist. Fashion is a big world. It happens that I have more and more exciting people willing to work, so I welcome them. We do have great people inside the team.

Do you feel like your customer has changed very much from the beginning?

Nope. Same. That's something serious. It seems like there is a message that is unsaid that they can feel. They don't come to us for superficial reasons. They really like the whole thing and sometimes it's expensive for that.

What do you think about The First Lady of France?

She's well-read and that's always something good. Her brain is structured and that's something good. I prefer somebody taking chances to be awkward than somebody totally conservative. I'm glad she dares. People would say she's tacky, but I don't mind her tackiness because what I appreciate is that the woman can speak, she can write, she makes sense, and she has a Brian Jones haircut. I'll always be a fan of Brian Jones even if she doesn't know who Brian Jones is. I know that's kind of crazy what happened to France.

Is America an important place for you?

America contains the best and the worst and you all know that. The emotion we got here... what would my life be without the Jimi Hendrix period? I have nothing more to say without Jimi Hendrix. At the end of the day Andy Warhol was responsible for making everybody want to be famous, and we played too much in that thing that it became a religion of celebrity. Then a phony king of that religion came out and he was elected democratically, so we can't say anything. Even if we question his sanity, there have been doctors who have come out and diagnosed him with this disease and that disease, but at the end there's nothing we can do.