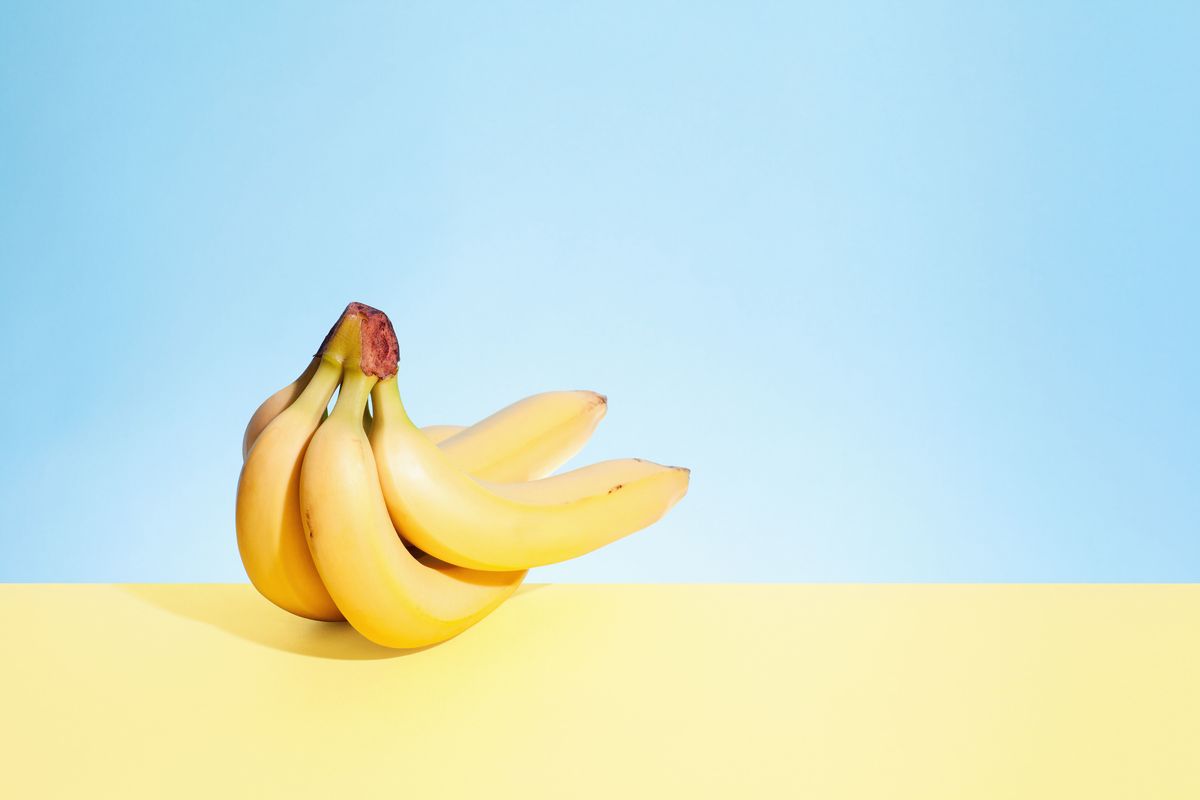 24 Foods To Awaken Your Sexual Appetite

Anyone who was alive in 2004 remembers the scene in White Chicks where Terry Crews grossly slurps down a plate full of oysters because he thinks that it will turn on his date. (For years, I refused to eat oysters because I was so disturbed). That moment alone has left a lasting impression about oysters and their reputation as the most infamous aphrodisiac in the universe. While this is technically fact not fiction as the amino acids activate sex hormone production, it only works if you're a man with testosterone coursing through your veins.

"The banana flower has a marvelous phallic shape and is partially responsible for popularity of the banana as an aphrodisiac food. An Islamic myth tells the tale that after Adam and Eve succumbed to the "Apple" they started covering their "nudity" with banana leaves rather than fig. From a more practical standpoint bananas are rich in potassium and B vitamins, necessities for sex hormone production." - Dr. Gabrielle Francis, naturopathic doctor, chiropractor, acupuncturist & massage therapist

"Asparagus is high in vitamin E, which from a regular nutrition perspective is good for keeping your skin moist, it's also a healthy fat good for brain health. From an aphrodisiac perspective, it increases hormones like testosterone for men and estrogen/progesterone for women. In turn, it increases stimulation and natural lubrication." - Melissa Eboli, nutritional chef

"This peppery tasting plant has been documented as an aphrodisiac since the first century A.D. The bite of the aromatic leaf might get you in the mood. The minerals and antioxidants found in dark leafy greens like arugula have also been proven to block environmental contaminants that could negatively harm libido." - Dr. Christopher Calapai, osteopathic physician

"High in energizing zinc and fatty acids, which has been linked to a healthy sex drive, pine nuts are also considered aphrodisiacs because of the effort required to procure these oily gems from pinecones." - Dr. Christopher Calapai, osteopathic physician

"Pumpkin seeds are high in magnesium which helps in relaxation and muscle cramps. From an aphrodisiac perspective, this helps raise testosterone levels by making sure more enters the bloodstream." - Melissa Eboli, nutritional chef

"It's high in vitamin C which has been found to help with blood circulation and increasing the female libido." - Caitlin Hoff, Health & Safety Investigator at ConsumerSafety.org

"Not only do avocados have an amazing taste and texture, but they're also thought to help stimulate the nether-regions quite effectively. They say that the key to the avocados success in terms of it being an aphrodisiac lies in its shape, which is thought to resemble that of both male genitalia and a female's body. Also, because of their rich and creamy texture, eating an avocado raw or including it in a meal (like a salad or on a pizza) can get you feeling excited again in no time." - Caleb Backe, health & wellness expert for Maple Holistics

"Olive oil is a good source of monounsaturated and polyunsaturated fats, which are critical for a healthy heart, smooth blood flow and stable hormone production, all needed to keep the brain, prostate and penis in good shape!" - Dr. Christopher Calapai, osteopathic physician

"The 'heat' in garlic is said to stir sexual desires. Make sure you and your partner share it together. Garlic has been used for centuries to cure everything from the common cold to heart ailments." - Dr. Gabrielle Francis

"Boosting libido and metabolism are all about increasing the heat of your diet. Ginger, and nutmeg are warming herbs that increase blood flow in the abdominal and pelvic regions. They are said to stimulate your appetite for both food and sex. They are easy to add to many recipes, especially soups, hot drinks like tea.. The blood-pumping effects of these delicious spices increase vaginal moisture and intensify sexual pleasure." - Silvia Baldini, chef

"Maca powder is formed from a root vegetable that is native to the Peruvian highlands. Like many things that come from peru, maca powder is quite exotic and has been used as both a libido stimulant and an antidepressant for a long time. Because the powder is so easy to include in your meals, you can add it to everything from smoothies to breads." - Caleb Backe, health & wellness expert for Maple Holistics

"Many women can relate that stress is a top libido killer. In addition to balancing stress hormones, Maca has also been shown to boost testosterone levels thus revving up sex drive. Maca is a root that is usually ground down into a powder which makes it easy to add to smoothies, oatmeal or baked goods." - Dina Garcia, dietitian-nutritionist and owner of Vida Nutrition

"Phenylalanine/PEA is a neurotransmitter that is a natural amphetamine and stimulant. It floods the regions of the brain involved in sexual excitement. It is the chemical we associate with the feeling of 'falling in love' with someone. Phenylalanine helps to produce endorphins, which are our natural painkillers. Dark chocolate is high in PEA and that is why it is so often given to lovers to get them in the mood of love." - Dr. Gabrielle Francis, naturopathic doctor, chiropractor, acupuncturist & massage therapist

"An open fig is thought to emulate the female sex organs and traditionally thought of as sexual stimulant." - Dr. Gabrielle Francis

"The phytonutrients in watermelon create a 'Viagra effect' for men, increasing performance and pleasure during sex." - Caitlin Hoff, health & safety investigator at ConsumerSafety.org

"Honey is made through pollination and secretions of many fertile bees worshipping their queen, just what every woman wants and symbolizes nature's procreative pinnacle. Birds and bees ring a bell? In fact, the word 'honeymoon' got its name from mead, an alcoholic beverage made from honey given as a libidinous elixir to the happy and horney new bride and groom. Drizzled on certain body part can be fun too… It has a number of vitamins and it also contains boron, which helps regulate estrogen and testosterone levels and the sweet and sappy sweetness provides a natural energy boost." - Dr. Christopher Calapai, osteopathic physician

"For those that enjoy the edgier side of sensation play, peeled root ginger used as a butt plug (figging) can be really hot (literally and figuratively)-- it's especially potent when used during sparking and Impact play, as any clenching increases the intensity of the sensation. In a similar vein, I've had requests from masochists for pepper sauce-covered toys and plugs used in intimate areas." - Louisa Knight, private companion

"These bright gems enclosed in a thick rose-colored husk are filled with tangy sweet antioxidants, which support blood flow and clear thought. One study by The Male Clinic in California found that pomegranate juice had a positive effect on erectile dysfunction." - Dr. Christopher Calapai, osteopathic physician

"Red wine or wine in general relaxes you and makes you feel good when drinking. Red wine has resveratrol, an antioxidant that boosts blood flow and improves circulation, hence an aphrodisiac effect." - Melissa Eboli, nutritional chef

"The caffeine in coffee is a stimulant that ups the heart rate and makes the blood flow. One study conducted with female rats and published on scientific journal suggested that coffee could put women in the mood for sex. Its smell has a delicate and sensual aroma too." - Dr. Christopher Calapai, osteopathic physician

"Skip the coffee after dinner and reach for a cup of Indian chai tea. The typical spices in this brew include ginger, cloves and cinnamon, all come from exotic places and certainly will get the blood flowing, and it has almost no caffeine so the stimulant effect is less than coffee, so you'll still be able to drift off to sleep with your lover after your lovemaking!" - Dr. Christopher Calapai, osteopathic physician