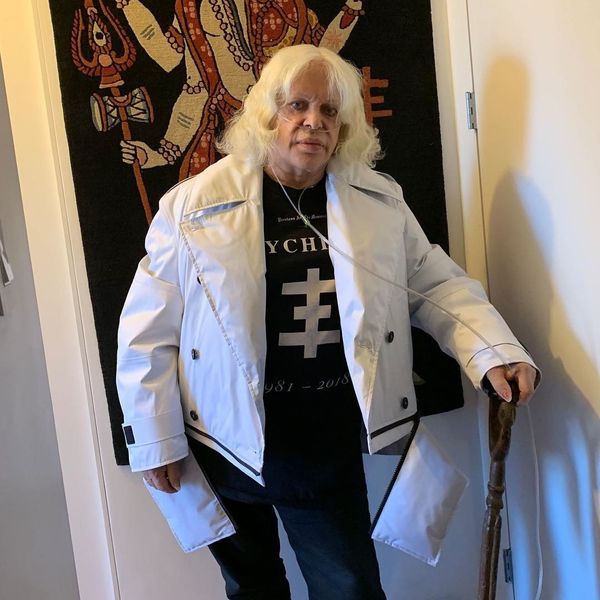 You All Just Watched This Fashion Show on Instagram

London designer Yang Li is always creative when it comes to showing his clothes. Last season, he held a presentation in a smoky, crumbling Paris showroom, the sort of place where you might go for a secret rave (emphasis on the you — I, personally, would not be invited). It was fitting for a designer who loves noise music; Li, with his secondary line slash music collective, Samizdat (as in literature banned by the state in the Soviet Bloc) has worked with notable figures in the scene, like Japanese multi-instrumentalist KK Null and British industrial band Godflesh.

Li makes garments you could wear to an underground party or a particularly chic office. His work is both languid and severe, sharply tailored while flowing off the body. He's innovative and due for a bigger break. And so for his fall 2019 collection, Li skipped the usual presentation and selected 25 subjects to shoot themselves in his clothes, in what he calls an "Automatic Show." They all posted their images on Instagram today at 4 PM Paris time, creating a lookbook via hashtag. It feels like a sign of where the industry is heading.