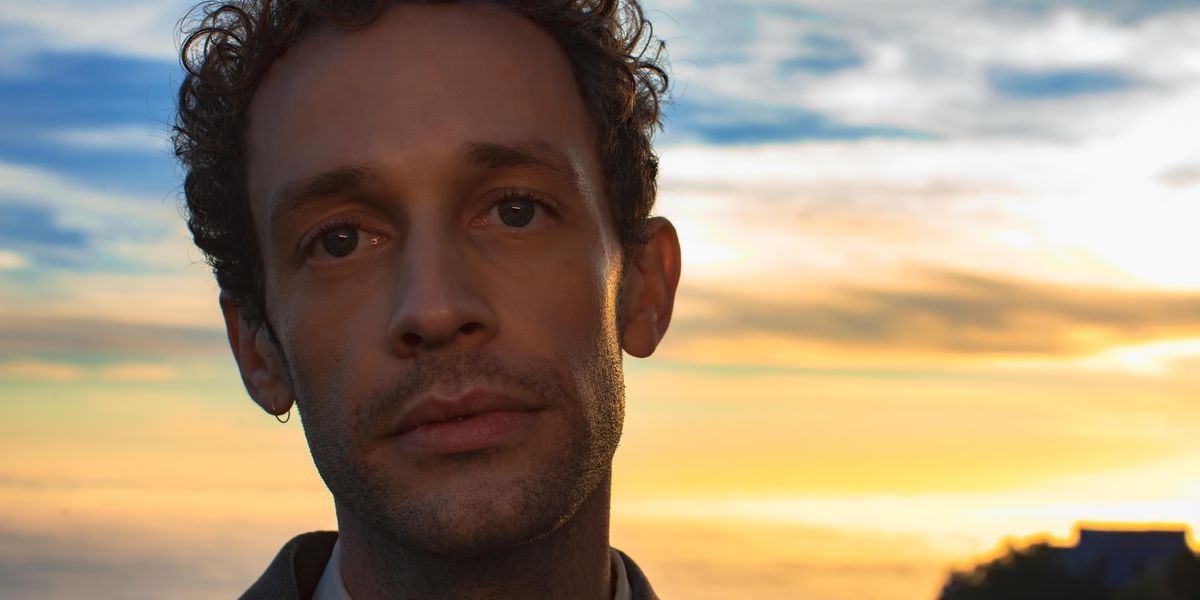 Having helped create massive songs for the likes of Kesha, Marshmello, Backstreet Boys, Ellie Goulding, Louis Tomlinson, DNCE and more, queer musician Wrabel is gearing up to release his own long-awaited debut album, these words are all for you.

Eleven years in the making with tracks dating anywhere from eight years ago to just a few months back, Wrabel's forthcoming effort is set to arrive September 24th via his imprint, Big Gay Records, in partnership with Nettwerk. As an outspoken member of the LGBTQ+ community who uses his platform for advocacy and folding personal experiences into songwriting, Wrabel fearlessly wears his heart on his sleeve.

"I poured everything into this record and I am just so proud of it," Wrabel tells PAPER. "I always thought my first record would be a break-up record, since the first time I started making it it very much was. This album is filled with love. Hope. True stories and true feelings. I hope me sharing in this way helps even one person feel understood, feel better, feel like they're not alone, and it offers hope that love will come and bring the healing powers it holds."

As a taste of whats to come, Wrabel returns with his latest sweltering pop tune, "nothing but the love." Full of soulful vocals and gospel choirs backing him up on the choruses, "nothing but the love" is a slow burn but upfront about its intentions. A moon-eyed ballad centered on the power of love and its sustaining potential, Wrabel lets his earnest gushing gradually gain momentum as it builds towards its ultimate triumphant crescendo.

"nothing but the love" arrives alongside a new music video, directed by Michael Thomas and featuring dancer Layne Willis, that echoes the same sweeping emotion and tender moments of the track through a mix of choreography and cinematic tableaus.

"Michael Thomas was such a pleasure to work with on this video. And Layne Willis, my goodness," Wrabel says of his collaborators. "I feel so lucky to have gotten to witness your incredible talent up close. This song is so close to my heart. The only song I wrote by myself on the record. With Michael's direction and Layne's emotive movement, we wanted to show that someone or something is showing me how to express myself, showing me the flow of expression. To mirror the love I am so grateful to have found."

Also today, Wrabel has announced a short, intimate run of live dates, the nothing but the piano tour, which includes a stop at NYC's Le Poisson Rouge and an album release show at LA's The Regent Theater this late summer/ early fall.

Watch the PAPER premiere of Wrabel's "nothing but the love" off of his forthcoming album, these words are all for you.