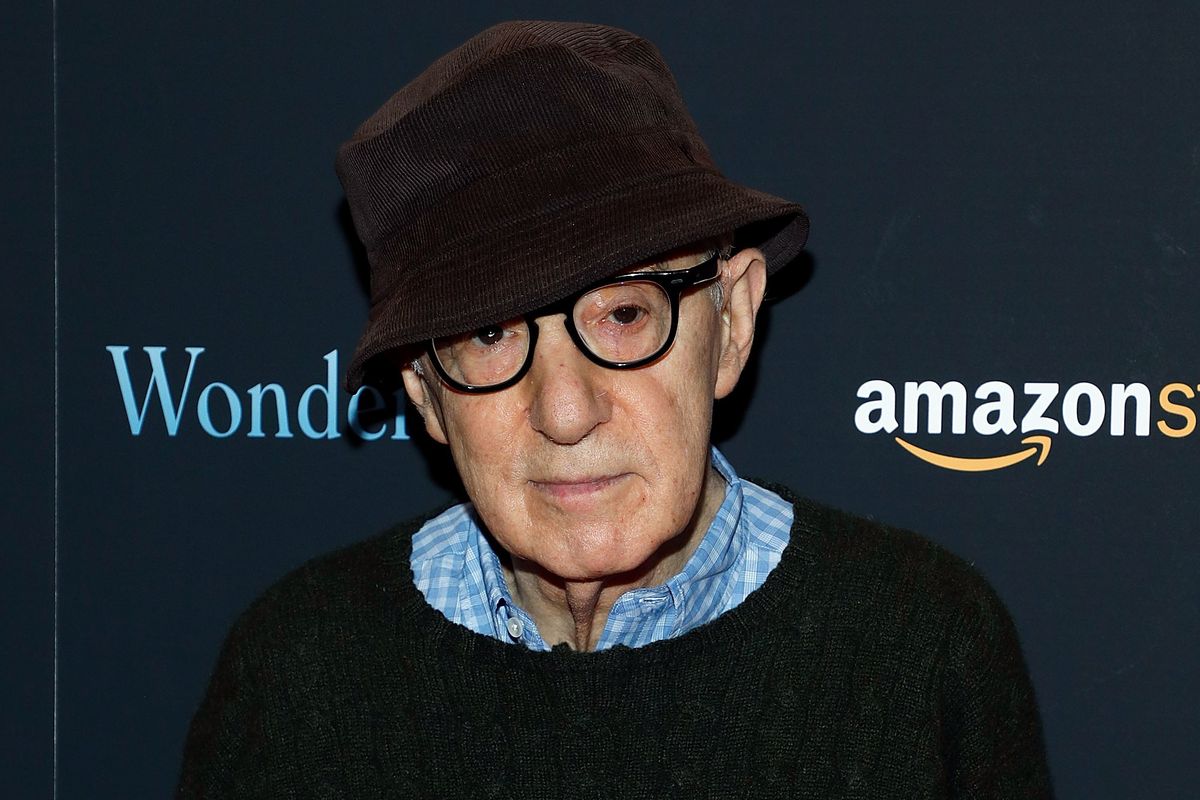 All these collaborations took place after the allegations that he molested his daughter Dylan Farrow, became widely known, around 2014 when Farrow published an open letter in the New York Times describing the alleged assault in detail, and calling on Hollywood's most powerful to cut him out. Of course, the claims about Allen have been public knowledge since 1993, when Dylan and her mother Mia Farrow decided not to pursue criminal charges, after an investigation — the methods of which have been challenged — concluded Dylan hadn't been abused. However, the fact that Allen was never charged, and the lure of being in a Woody Allen movie meant that almost the entire film industry turned a blind eye to Farrow's story.

It only took an entire cultural revolution and then some to get us to a point where Allen no longer has his pick of A-list celebs to work with. The director's first film fully cast and produced post-#MeToo, tentatively titled Wasp 2019, has been announced and will be shot in Spain this summer. Unfortunately, the biggest name in the film, Christoph Waltz (Inglorious Bastards, Django Unchained) is a legend among film types. But overall, the cast is distinctly not Allen's usual orgy of A-listers. He's had to pivot to mostly overseas and lower-billed talent, including Spanish actress Elena Anaya (who played a villain in Wonder Woman), Sergi López (a Pans Labrynth bad guy) and Louis Garrel (Dreamers), as well as Gina Gershon (Showgirls) and Wallace Shawn (the bald guy from The Princess Bride).

It's grotesquely obvious that this should be an outcome of #MeToo. Not having access to whatever talent Allen wants for his films is a pretty generous sentence, especially next to the consequences men accused of similar or far less disturbing behavior, with less evidence behind it, have faced. However, it wasn't clear if Hollywood would connect the dots between #MeToo and the outstanding allegations against Allen at all.

Months after Harvey Weinstein lost his job in October of 2017, Allen was happily in the midst of a multimillion-dollar deal with Amazon for the film A Rainy Day In New York, which had a comically A-list cast including Timothée Chalamet, Elle Fanning, Selena Gomez, Jude Law, Diego Luna and Liev Schreiber. His film Wonder Wheel (Kate Winslet, Justin Timberlake, Jim Belushi) was released on-schedule in December of 2017. Stars like Gomez, Winslet, Blake Lively and Greta Gerwig (who starred in his 2012 To Rome With Love) continued to make vague, deflective comments about him, in between calling #MeToo whistleblowers heroic.

Dylan Farrow had to write another op-ed titled "Why Has The #MeToo Revolution Spared Woody Allen?" right after Wonder Wheel came out. She relived her trauma publicly, once again and recounted all the evidence against Allen questioning why "the revolution has been selective."

Finally, in the summer of 2018, A Rainy Day In New York was shelved, although it was recently picked up by another distributor and will be released in the fall. Chalamet, Rebecca Hall, and Griffin Newman, donated their salaries from the film to organizations like RAINN and Time's Up. Alums of his films like Gerwig, Ellen Page, Colin Firth, Natalie Portman, Rachel Brosnahan, Mira Sorvino, David Krumholtz, some of whom had, up until that point, promised they wouldn't work with him again.

So here we are. It's 2019 and Woody Allen can no longer fill his movies with the stars and starlets of the moment. This is, of course, a weak victory given that an accused child molester is still being allowed to make movies. But given his typical devotion to A-list celebrities, I feel the slightest bit justified at the image of people like Rami Malek, Olivia Coleman, Lakeith Stanfield and Lupita Nyong'o leaving him on read.