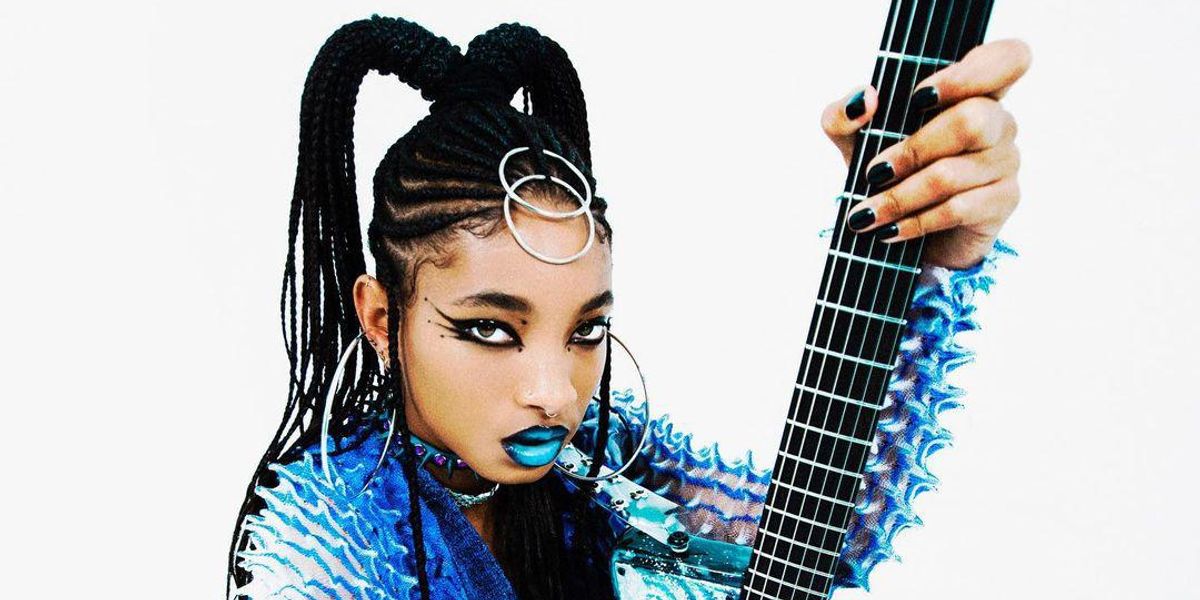 Willow Smith has revealed that she's polyamorous on a new episode of Red Table Talk when she declared her views on love and relationships. Speaking on the show to her mother, Jada Pinkett Smith, and grandmother, Adrienne Banfield-Norris, Willow explained how she felt that monogamy was "antiquated."

"With polyamory, I feel like the main foundation is the freedom to be able to create a relationship style that works for you and not just [to be] stepping in to monogamy because that's what everyone around you says is the right thing to do," she said.

Willow continued, "So I was like, how can I structure the way that I approach relationships with that in mind? Also, doing research into polyamory, the main [reason] why divorces happen is infidelity."

When Willow's grandmother tried to counter her argument saying that being polyamorous was more about having sex than anything else, Willow then explained that she actually has the least amount of sex out of her group of friends.

Jada then chimed in to agree with her daughter. "Most people are practicing monogamy because they feel like they have no other choice," she said. "We all know that most people out here [are] doing unethical non-monogamy any-damn-way, okay?"

Willow's new, honest interview arrives after she released a new single, "Transparent Soul," that finds her testing out the waters of punk-rock. Featuring Blink-182's Travis Barker, Willow, wearing all-black, a studded belt and combat boots, sings about finding the truth in a person that she likes — and realizing that he's really been a snake all along.

Speaking in a statement, Willow detailed how she made the song. "I am so grateful for this tune because it was created in such an introspective time [during the first couple months of quarantine]," she said. "It was the song that proved to me that I needed to let go of the insecurities I had about making a project of this genre."