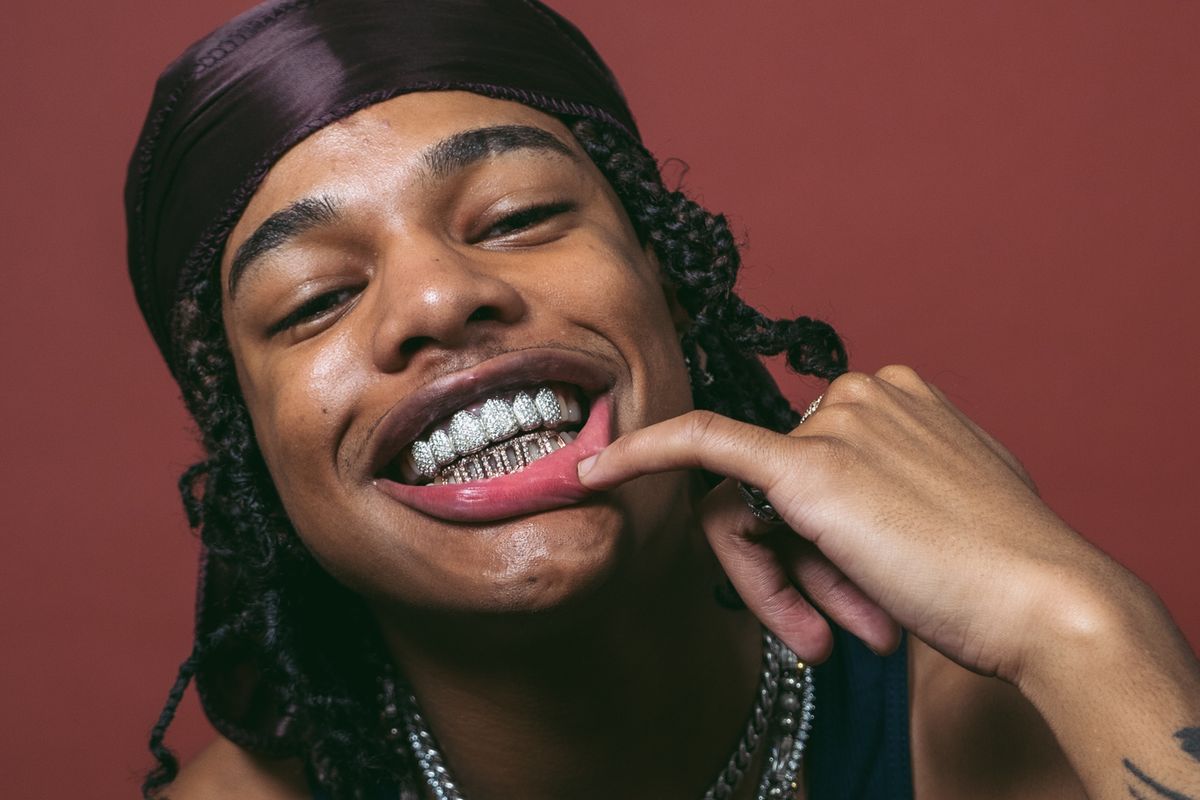 The images in Waves, captured using a Bolex film camera, portray these men as the individuals that they are, rather than the racist generalizations they can be grouped into. Each model is seen wearing a different color durag, photographed in front of vibrant backdrops. Images of their belongings accompany each portrait, giving the viewer a better understanding of each model's unique personality and interests.

PAPER caught up with Bercy to discuss the intent and creation of Waves, and why it is so important to avoid judging a book by its cover.

How did the idea of this project first come about, photographing models wearing durags?

As a kid, durags, bonnets and headscarves were a necessity in my house to protect my hair when I slept or left the house on a humid or rainy day. Three years ago, I aimed to make it a part of my wardrobe. I first started collecting different colored silk durags to match different outfits, but eventually it became a hobby — an add-on purchase at a beauty supply store when I peeped a new colorway that I didn't yet have. Wearing a durag felt like being in an inner circle of people who grew up in the same worlds as you. I still feel like I'm in that exclusive community even today. And it's empowering! This project was a homage to the types of young men that make up that community.

Can you tell me a bit about the models, their backgrounds and how they got involved with your project?

I targeted the Black and Spanish demographic in New York City for this project through a common necessity: durags. The men featured are great people I've met in the scene, all with completely different interests and goals, despite being in similar social circles. There are guys that DJ, rap, design clothing, founded a brand, model in campaigns, perform and contribute to the culture.

What is the significance behind the project's name, Waves?

Durags are often time connected to thugs, criminals and gangs in minority groups. The generalization forms negative stigmas of how we interpret these men in society. Men with low hair wear durags and brush their hair in a forward motion daily to form a wave pattern in their hair. It takes patience and consistency to get results. With the project targeted at Black men, I named it Waves as a way to put the assumptions to rest. I want people to know why they see Black men in durags.

"We can't assume to know people by solely judging their faces, their wardrobe, their hair and where they come from."

What was it like to shoot these photos? How were the shoots set up?

I bulk-ordered backdrops from B&H. I then brought my durags to my studio and pinned them up on a string. I locked in models and gave them their durag color: backdrop in advance, then aimed to shoot about 4-5 each shoot date. I had about 5 shoot dates. I'd blast music and shoot them in front of their backdrop. I had an assistant named Claire who helped me with the backdrops switches and two guys named John T. and Ameer K. shoot on a Bolex film camera as I snapped away. We'd chat about the stuff the model bought with him as I laid them all out for the overhead shot. [After] every shoot, I'd walk away learning so much more about that person. It felt dope seeing this project slowly come to life.

What is your favorite aspect about this project or a memory from shooting that resonates with you?

This project was built over time. So many small moments pushed me to see it through to the end: finding a creative use for these durags, investing in my idea, meeting and pitching this project to different types of men who I wanted to model in it, more meeting and catching up and/or getting to know more about these models and finally finding different ways to make them feel like themselves in front of the camera. It was quite exhilarating.

Your messages about the negative effects of stereotyping and power of showing one's personality through objects is so important. What else do you hope people take away from your new work?

Not one person should be generalized and grouped by the way they look. We can't assume to know people by solely judging their faces, their wardrobe, their hair and where they come from. You'd be surprised what you'd learn about somebody if you'd simply make the effort to. So don't just look, look deeper.