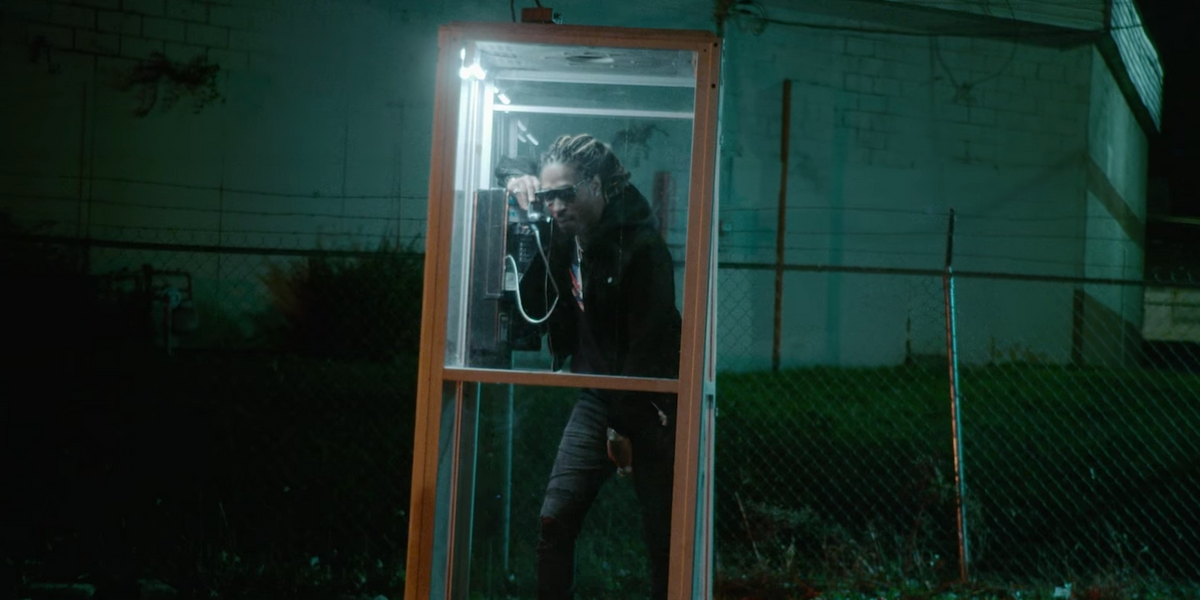 It's been less than a week since Future dropped FUTURE, his self-titled album that is currently sitting at the top of the iTunes chart and is believed to debut at #1 on next week's Billboard charts. But that hasn't stopped him from already flooding his fans with new content. In the last twelve hours alone, the Atlanta born-and-bred rapper has announced that a new album will be released on Friday (exactly a week after the release of FUTURE), hinted at an upcoming tour, and dropped a music video for FUTURE track "Draco."

The video follows the release of the visuals for "Super Trapper," which he dropped on Monday. But, while "Super Trapper" was a flex for how many girls Future could fit into one room, "Draco" follows a clearer narrative structure. Starting off with Future stealing a girl from a bowtie-wearing Steve Urkel lookalike, the video then follows a group of girls as they assist Future with his money-making ventures—usual stuff like strangling enemies and cocking rifles.

As for the other announcements, Future took to Twitter around midnight last night to tweet about the release of his next project, titled HNDRXX, with little fanfare—just a hashtag of the album's name (#HNDRXX), its accompanying artwork, and an iTunes preorder link. Shortly after, in an effort to assure his fans that this release wasn't a gimmick or hoax, Future tweeted out, "I'm never ever gone bullshit my fans." The album, like most Future releases, is executive produced by DJ Esco.

Watch the video for "Draco" below and preorder HNDRXX here.