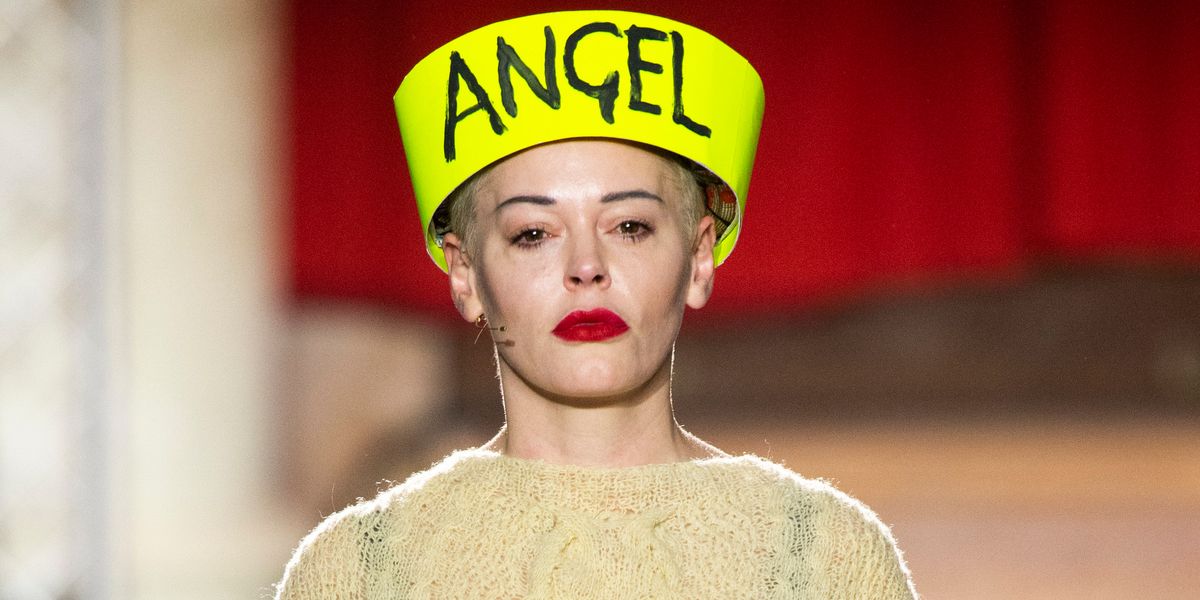 For Vivienne Westwood's fall 2019 show in London, the designer staged an activism-fueled performance instead of a traditional runway show. While models paraded down the runway, performers spoke poetically about environmental issues. Here's everything you need to know about the show.

True to classic Westwood aesthetic, there were plenty of androgynous dressing moments. Many of the female models wore boxy, oversized suits. One male model wore a kilt-like shirt and heeled booties.

An All Star Cast

Rose McGowan, a longtime friend and fan of the brand, was one of the performers who spoke about both climate change and democracy as she walked down the runway. Other friends of the label, such as Sara Stockbridge (Westwood muse of the '90s) and head of Greenpeace John Sauven also had their one monologues on the direct correlation between environment and economy.

The most defining elements of the fall 2019 collection were all the classic suiting, a signature of the brand. The shapes of the traditional suit were reimagined for both men and women in the form of jackets, coats and even skirts.

For the occasion, Vivienne Westwood designed a pack of playing cards illustrating how to save the world from climate change. Performers spoke about some of the cards specifically and images of the cards were also seen on protest signs carried by models and printed on pieces, such as t-shirts, within the collection.