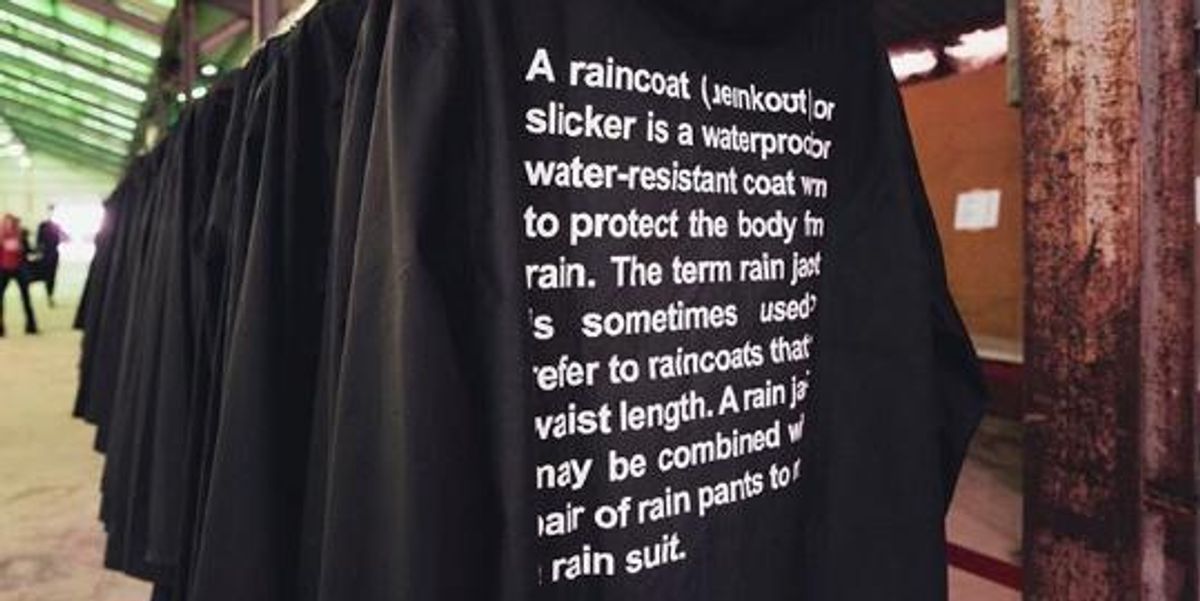 High fashion's master trolls have done it again. Vetements released an "official fake" knockoff version of their popular raincoat from a few seasons back for the low low price of $200, and because hype beasts need to stay dry too, it sold out almost immediately. The rain coat simply says 'raincoat' on the front, with a definition of the word on the back. This "official fake" is very likely a response to the popularity of the raincoat produced by Vetements parody brand, Vetememes, which caused such a stir last spring that many feared Vetememes would be sued. But no... the brand that produced a gilded grinder pendant is far too chill to pursue legal action. In an interview with NYT, Vetements designer Demna Gvasalia said, "Vetements will not be filing any lawsuits over the Vetememes raincoat, and hope that he has enjoyed making his product as much as we do making our clothes." So... are we at a parody of a parody of a parody or just a parody of a parody? I've lost track.

The "official fake" may be long gone, but you can still get your hands on the unofficial fake here.