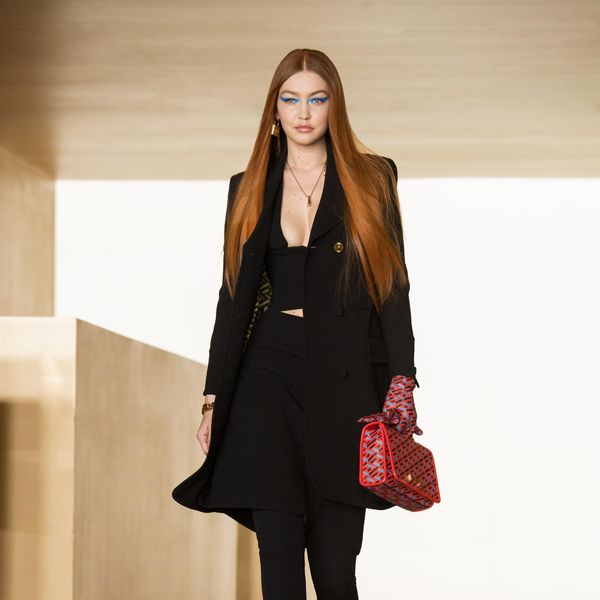 It's been a year since Gigi Hadid graced a fashion week runway (her last was for Miu Miu, while pregnant!), and since then she's given birth to her first baby, a daughter named Khai with boyfriend Zayn Malik. But now the model is back at work, making her return to the way for Versace's Fall 2021 collection.

Hadid opened the show in an all-black ensemble and WandaVision red hair with pops of Versace's new Greca monogram, a maze-like print that would make up the entirety of the collection. (Her sister Bella was also in the show.) Because of Covid-19 restrictions, the show was pre-recorded and filmed instead of shown to a live audience of guests.

"Models are like actors, they bring the designs to life, just like when a performer portrays a character," Donatella Versace said in a statement. "During the filming of this show I saw how important it is to give the models time to "feel" the clothes they wear on the runway. Despite living in a digital era of immediacy, taking this time is crucial to form a genuine connection. This is what the present and future look like to me."

Watch the full show, below.