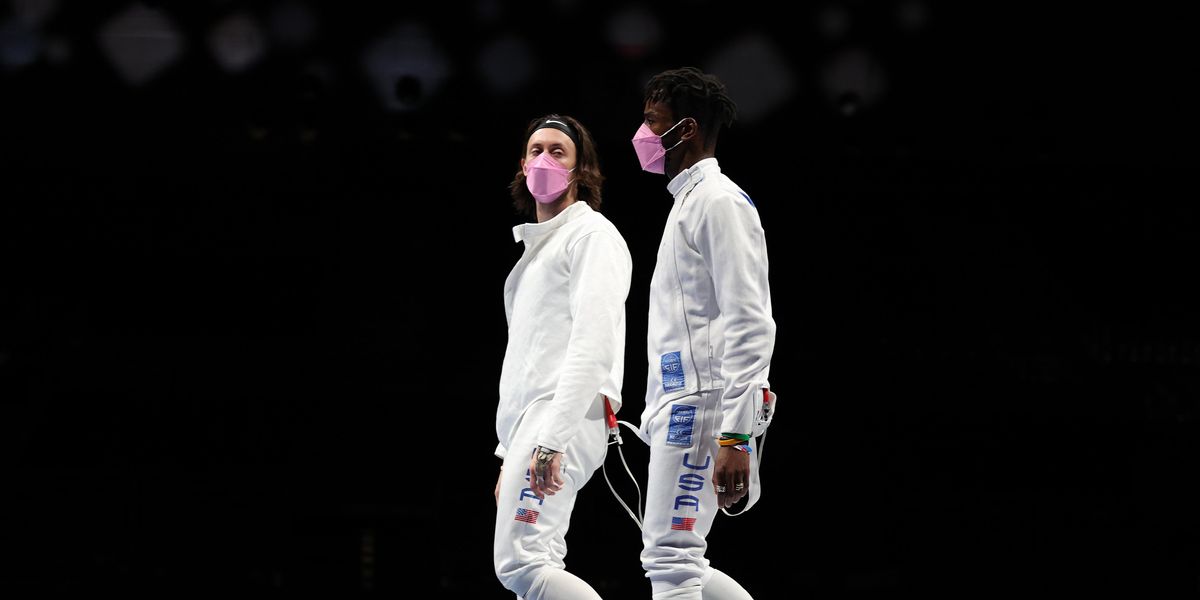 Three members of the USA fencing team wore pink face masks at the 2021 Tokyo Olympics to protest the presence of a fourth teammate accused of sexual misconduct.

On Friday, Jake Hoyle, Curtis McDowald and Yeisser Ramirez showed up in the masks to their men's épée competition against Japan to stand against the inclusion of team alternate Alen Hadzic, who was the only one wearing a black mask.

According to the New York Times, Hadzic was accused of sexual misconduct by three women — at least two of whom are fencers — after qualifying for the Olympics in May. The incidents supposedly took place between 2013 to 2015 while Hadzic was attending Columbia University, where he was suspended for a year following an investigation into sexual consent.

Following the latest allegations, the athlete was suspended from all fencing activities by US Center for SafeSport in June, which he later went on to appeal. An arbitrator subsequently overturned the suspension — deemed "inappropriate to the allegations" — which allowed him to join the rest of the Olympic team in Tokyo. However, he was not allowed to contact his accusers.

According to the publication, Hadzic has also been separated from the other Olympic athletes and was forced to travel alone after his teammates voiced their reservations about having him around, citing it as a potential distraction. That said, Hadzic's lawyer, Michael Palma, denied all of the claims.

#TeamUSA men’s epee team wore pink masks for their opening match at the Olympics as a show of support for sexual assault victims. Alen Hadzic— their teammate accused of rape and sexual assault— is on the left. Kudos to the team for taking a stand. #BelieveWomen pic.twitter.com/yRI4azelKN

Hoyle, McDowald and Ramirez have yet to make a formal statement about the protest.