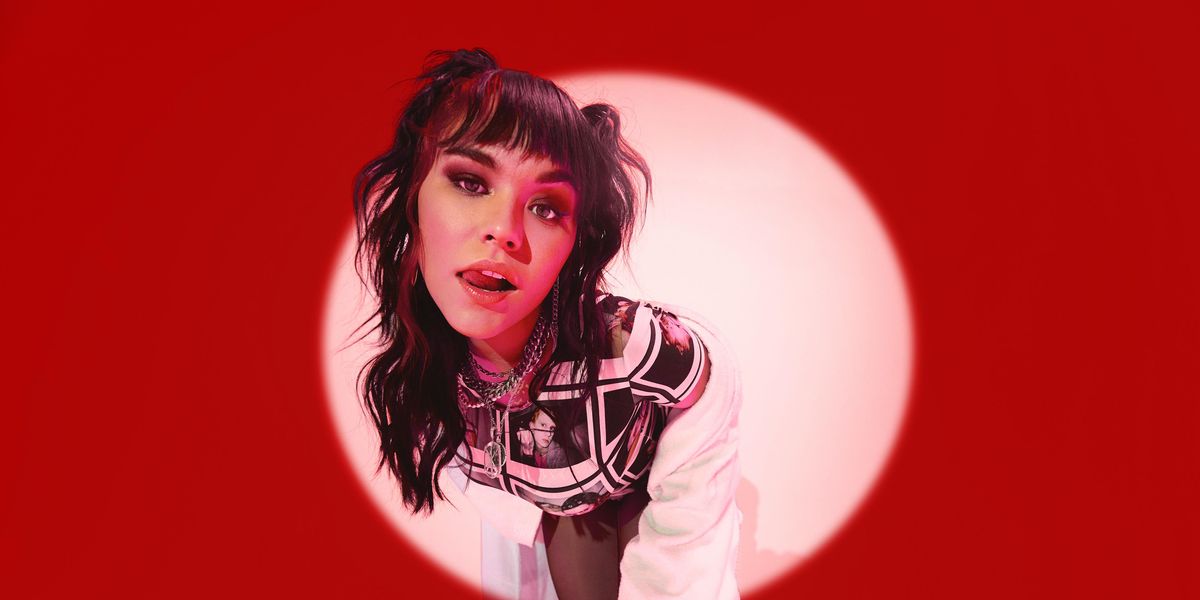 Shortly after the breakup that inspired UPSAHL's 2021 single, "Douchebag," the 22-year-old Los Angeles musician wrote its follow-up, "Melatonin." During that time, she had trouble sleeping. "I was super anxious and had crazy insomnia," UPSAHL admits, explaining how her latest track is "about being so overwhelmed with your emotions that you can't even escape your problems in your dreams."

What begins as a high-drama piano ballad with UPSAHL disclosing that she "had too much to drink last night," quickly erupts into a playful guitar-pop song that sees her tackling all the "issues in her mind" head-on. Because as UPSAHL says, "I wanted people to be able to dance in their dreams and have a little fun while they can't sleep."

The George Gallardo-directed music video, out now, shows what sleep paralysis would look like personified, or "someone who can make your best dreams feel dark," UPSAHL explains. "I go on a journey with this sleep paralysis character, ultimately leading to a nightmare."

In the beginning of the visual, the faceless character appears seductive and UPSAHL is naturally curious, "just like a new romantic relationship." But as she slips further inside this escapist dream world, "shit begins to hit the fan, in which this character figuratively and literally kicks my ass," she says.

So while the chaotic, rapid-cut "Melatonin" video is centered on the real-life anxiety UPSAHL experiences in her dreams, the rising musician compares this narrative arc to that of failed relationships. "They can start off amazing," she says, "but when they end, it can fuck you up."

Watch the PAPER premiere of "Melatonin," above, and stream UPSAHL's single ahead of her new album and supporting slot on Olivia O'Brien's tour, both scheduled for later this year.