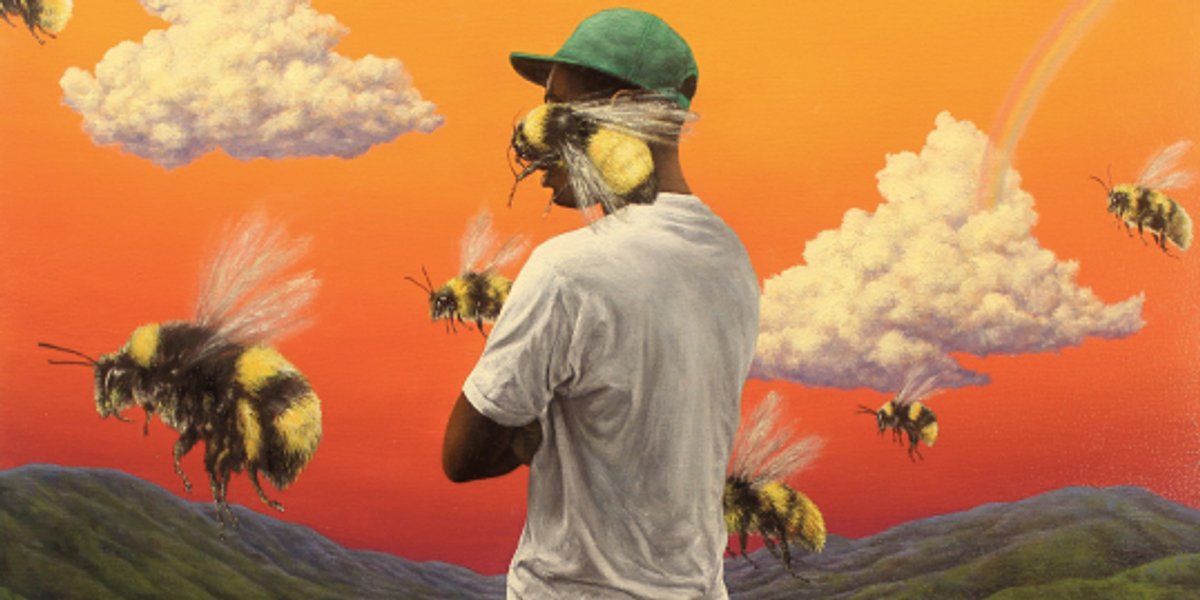 Listen to Tyler, the Creator's Official Release of "I Ain't Got Time!"

Tyler, the Creator officially released "I Ain't Got Time!" from his upcoming album Scum Fuck Flower Boy. The track was originally leaked on the internet and drew widespread curiosity from fans and laymen alike due to a couplet that seemed to indicate Tyler was coming out as gay.

Tyler told Zane Lowe in the song's accompanying Beats 1 Radio interview that he starting work on the track at Kanye's studio during the making of The Life of Pablo.

"I remember being at Ye's during The Life of Pablo," Tyler told Lowe, "and I think he went to take a nap. I was in the studio and there was this MPC there. Noah started recording me. I just started smacking, started clapping, making weird noises, added a boom boom boom, and I was gonna add a hook. It was just that. I was like, "Damn, Kanye should take this song. He would sound so much cooler saying that hook." He didn't like it."