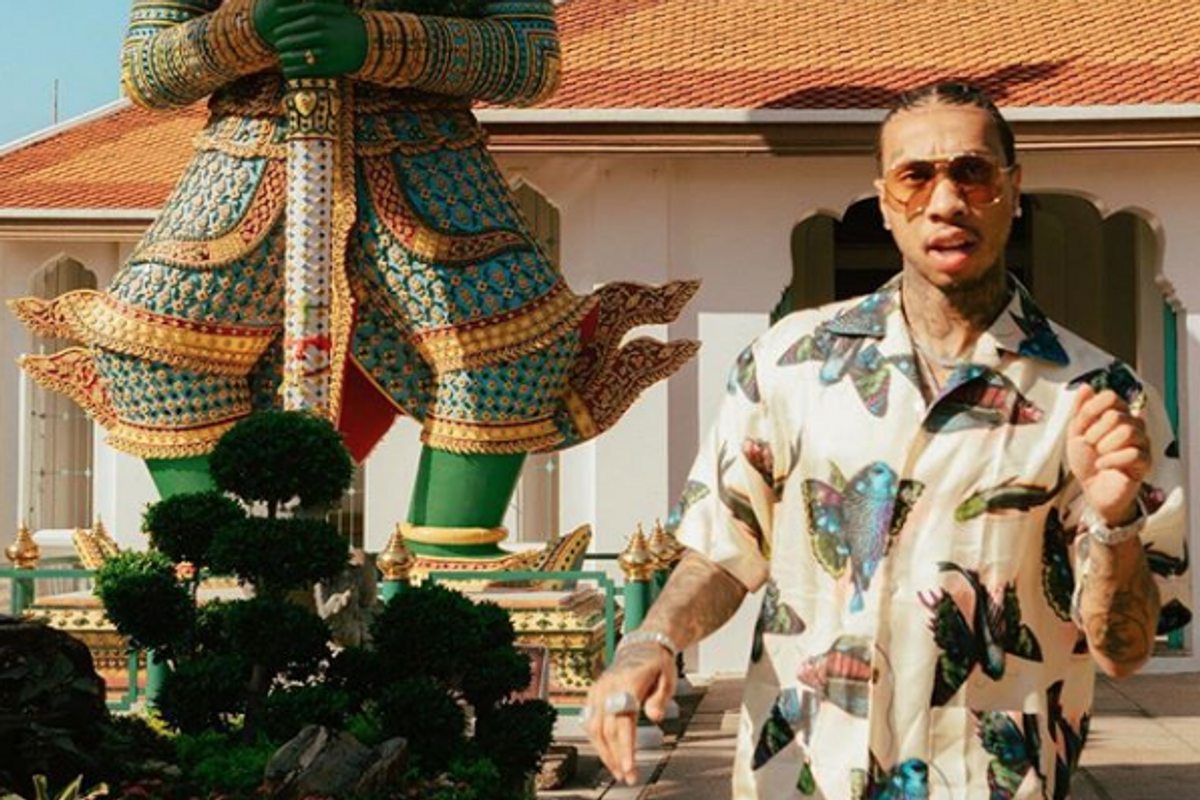 To promote the release of his new album, Kyoto, dropping next month, rapper and former Kylie Jenner beau Tyga shared his album art and it's...something. The image is a painting by Japanese artist Hajime Sorayama, and features a Japanese flag partially covered by a naked tiger-woman bent over in front of it.