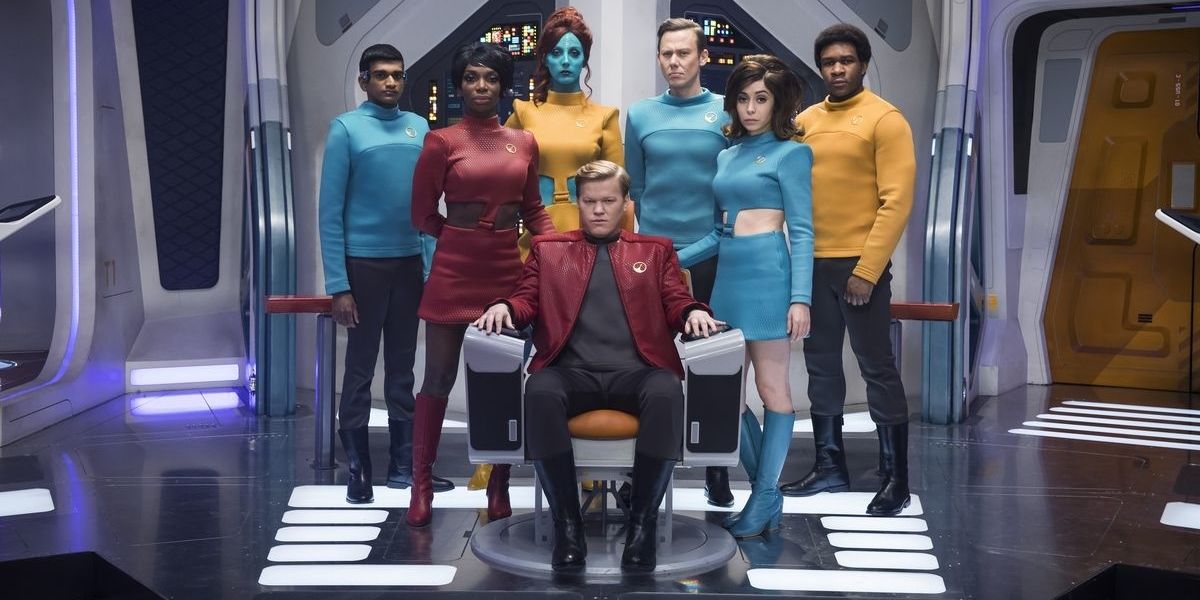 Here's Every TV Show Getting Political in 2018

Entertainment and politics have long commingled — through protest music, art, documentaries, radical literature, film, and television. This past year in particular saw an undeniable upsurge of artists and entertainers responding to a corrupt administration; mutations of Trump's face flooded political comics, art galleries, and television parodies. Elsewhere, creative forces combatted bigotry by raising awareness of marginalized voices and issues. And while there's still much work to be done, Hollywood too is beginning to speak out against sociopolitical injustice and represent women and minority groups.

Issues of human decency, equality, and social progress — apparently foreign to the White House today — have made waves in entertainment. Following suit, the 2018 television season sees a renewed political consciousness. Our contemporary fiction is finding its plot points in reality — but in a world that feels too crazy to be real, how could it not?

The phrase, "When the world goes low, they go high," appears and fades in the trailer for the upcoming season of HBO's High Maintenance, riffing on Michelle Obama's 2016 campaign tagline. Set in NYC, the show follows a weed delivery guy (known as "The Guy") and his intimate, slice-of-life encounters with his customers, which I assume will carry more weight in its post-Trump season. "It's a phantasmagoria of despair out there," one character remarks in the preview, surrounded by shots of people with protest signs, of an LGBTQ meeting, and of a woman in yoga class wearing a shirt that reads "ALL WE EVER DID WAS BE BLACK." The Guy says, "It's not so bad out there, it's kind of like we're all in this together." Whether motivated by anxiety or leisure, clients will seek The Guy's services with deeper urgency and vulnerability.

Outside of the cosmopolitan hub, Showtime's The Chi and FX's Atlanta will draw attention to regions that are widely ignored or vilified. In its second season, Atlanta will continue its goal of conveying "how it feels to be black," with an added layer of reality; "Robbin' Season" is this season's subtitle, a term for the mass robberies that occur around Atlanta in preparation for Christmas. Like Atlanta, The Chi broaches commonplace violence and race relations that transcend the show's setting. The Chi counters Trump's disavowal of Chicago with multidimensional characters that speak to the city's heart.

These stories, built around characters who aren't white, straight, or cis-male, are finally starting to gain attention. CBS is airing America's first network-aired drama series with a gay lead, Instinct, starring Alan Cumming. Best of all, his sexuality isn't at all the prime focus of his character. According to Deadline, Cummings explained the backward "N" on the Instinct poster as "secret code to say no to Trump," which would be amazing if true. The CW's new superhero series Black Lightning, on the other hand, will use the main character's black identity as a central theme and incorporate conversations about police brutality and racism. FX's American Crime Story's second season will recount and dramatize the 1997 murder of iconic fashion designer Gianni Versace, tracing the underlying homophobia that ran rampant in '90s America as a contributing force.

Reality TV, too, is getting attention for its inclusive efforts. The last season of RuPaul's Drag Race saw a transgender woman make it to the finals, and while there aren't any trans queens competing in the upcoming season of RuPaul's Drag Race All Stars, the show continues to promote diversity and share the colorful art of drag culture. Further diversifying the mainstream, Netflix's reboot of Queer Eye For The Straight Guy will enlist a new "Fab Five" to take their makeover talents to the red states. A statement from the producers reads, "In a time when America stands divided and the future seems uncertain, a team of five brave men will try to bring us closer together with laughter, heart, and just the right amount of moisturizer." The '80s cult classic Heathers is slated for a likeminded reboot, replacing the classic girl gang with a crew that includes a black female-identifying lesbian and a genderqueer individual.

Those shows shine like beacons of light during this dark time. But other programs are taking the opposite approach and delving deeper into the darkness. The dystopian world of Black Mirror finds new relevance in our volatile landscape. In one of the episodes, a thought-leader who also happens to be a closet murderer delivers a telling speech: "Looking around at a world of injustice, intolerance, and huge environmental challenges, it's hard to imagine a bright future. But we can, and we must." Its new season doesn't skirt around race as it has in the past, but finds a girl seeking revenge for the race-based torture done to her father.

Some shows are working backwards to analyze corruption throughout history. Paramount Network's six-part television event, Waco, will follow the 1993 Waco, Texas siege and the violent stand-off between the Branch Davidians and the ATF that resulted in the deaths of 76 people. The setting of TNT's The Alienist will depict the dramatic wealth gap and abandoned refugees in 1896 New York, backing the titular character's murder investigation. Comedy Central's Another Period is a lighter, satirical reflection on American history, less concerned with exact historical accuracy but geared toward highlighting social and class-based inequality.

All this begs the question, in a time of political uproar and cultural discord, is it possible to create relevant entertainment without addressing the current climate?