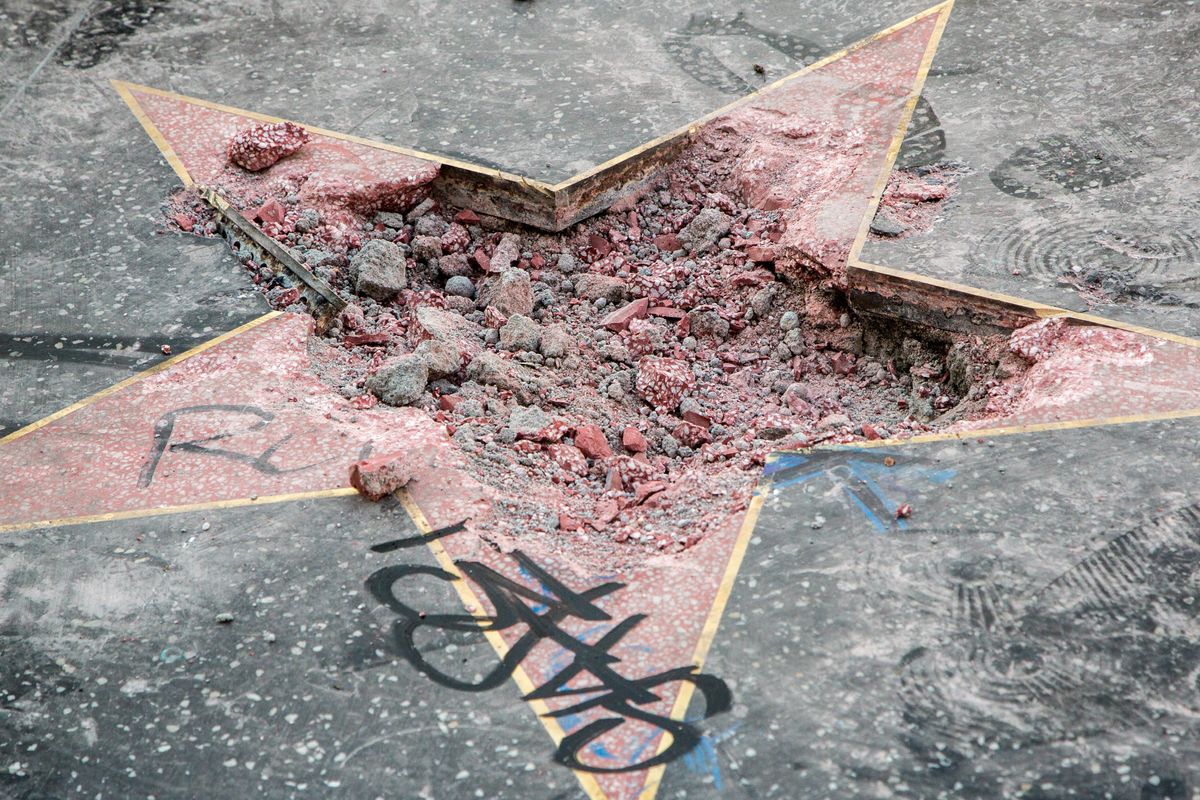 The Trump Star Protestors Are Teaming Up

Yesterday, a 24-year-old man named Austin Clay smashed Trump's Hollywood star at 3 am. He was taken into custody where his bail was set at $20,000. The star has since been replaced.

His protest may seem like a niche, albeit hilarious, decision, but it's actually not the first time this has happened. A few weeks before the 2016 presidential election, another man named James Otis wore construction gear and similarly used a pickaxe (and a sledgehammer) to obliterate the star. Otis, who is the heir to the Otis Elevator Company, plead no contest in 2017, had to pay a $4,400 fine and complete 20 days of community service. He was also put on three years' probation.

Otis is now continuing his anti-Trump activism by bailing out Clay. He has also said that he wants to meet Clay when he is released.

At the time that he destroyed the star in 2016, Otis said in a video for TMZ, "This morning I went and took Trump's star. The reason I did it was because of the amount of sexual assaults that not only my own family has experienced, but that the many women that Donald Trump has done this to. The point of the exercise was to take the star and auction it off on Election Day, and distribute that money to the women who'd been sexually assaulted by Mr. Trump."