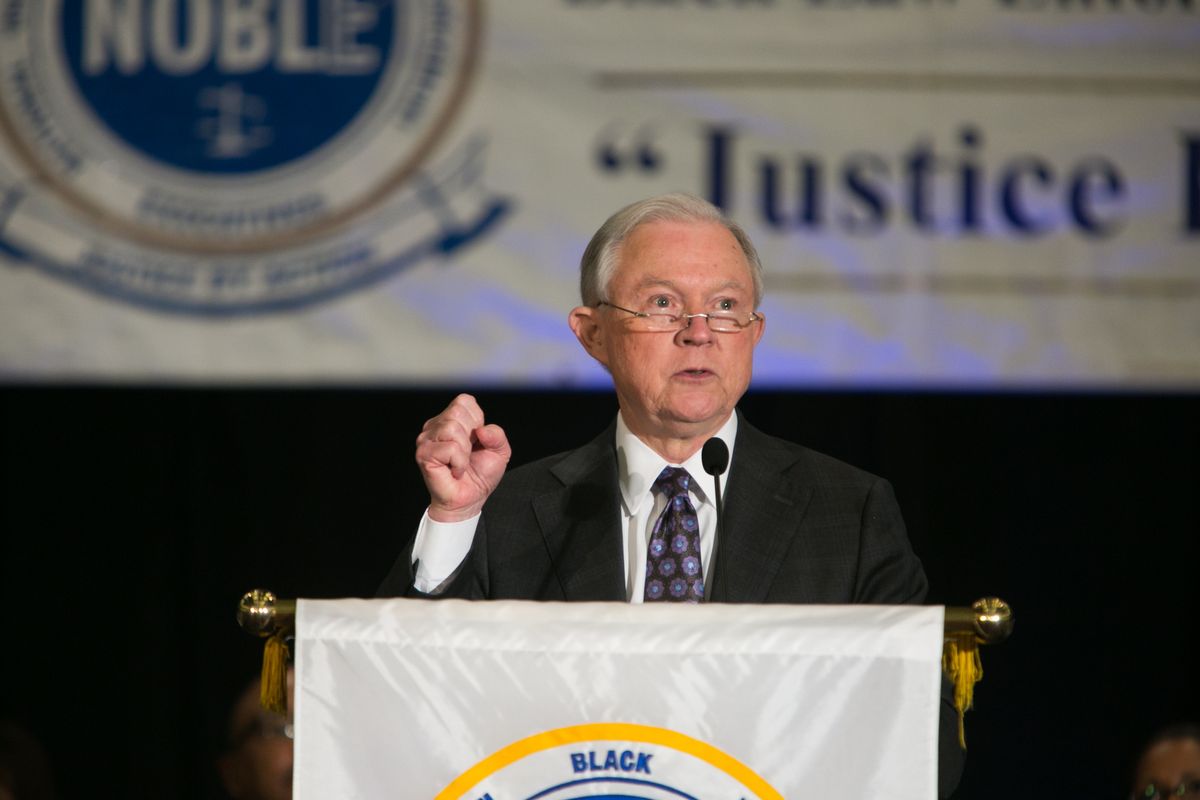 According to The New York Times, a document obtained by the paper described as "an internal announcement to the civil rights division" of the Justice Department which sought lawyers willing to take on "investigations and possible litigation related to intentional race-based discrimination in college and university admissions."

The document doesn't explicitly state whom the Justice Department believes is at risk of "intentional race-based discrimination." Given that affirmative action policies were historically put into place to increase diversity in schools and to account for the centuries of systemic discrimination that put applicants of color at an unfair disadvantage, it would appear the Trump administration aims to undo those policies by claiming they are discriminatory themselves against white applicants.

Roger Clegg, the president of the conservative Center for Equal Opportunity summed it up quite succinctly to the New York Times: "The civil rights laws were deliberately written to protect everyone from discrimination, and it is frequently the case that not only are whites discriminated against now, but frequently Asian-Americans are as well."

Kristen Clarke, president of the liberal Lawyers' Committee for Civil Rights Under Law, told the Times that the civil rights division of the Justice Department was "created and launched to deal with the unique problem of discrimination faced by our nation's most oppressed minority groups."

"This is deeply disturbing," she added. "It would be a dog whistle that could invite a lot of chaos and unnecessarily create hysteria among colleges and universities who may fear that the government may come down on them for their efforts to maintain diversity on their campuses."

The Supreme Court ruled on this very issue in June of 2016 when they upheld the legality of affirmative action after white student Abigail Fisher sued the University of Austin. Fischer claimed that she was not admitted to the school because other students of color took her place due to affirmative action; the university, however, maintains that she was not admitted due to her grade point average and SAT score.