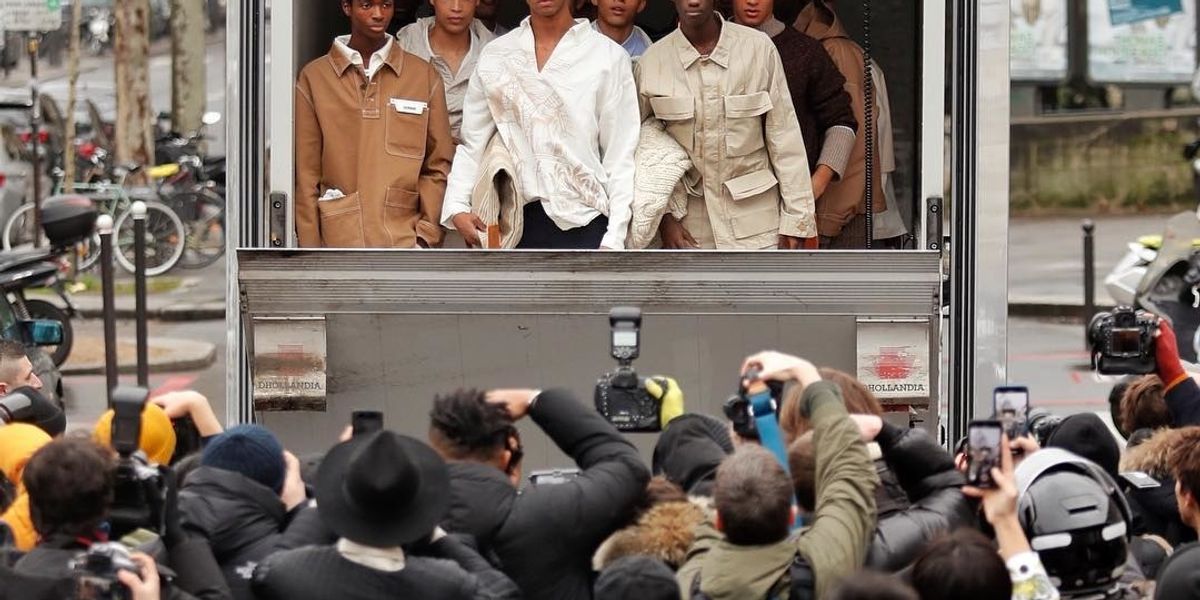 This Truckload of Male Models Made Quite an Entrance

For his second menswear collection, Simon Porte Jacquemus decided he wanted to look to the "rural life in the hills around Montpelier" for inspiration. And so to bring his main theme of "traditional French work wear" across — inspired by blue collar workers and meant to be an homage to laborers such as bakers, electricians, and farmers — Porte Jacquemus himself made a point to arrive at the show with his diverse group of models in a big white truck. This was meant to simulate arriving from the countryside.

This isn't the only very extra, very literal step the designer took in presenting his fall 2019 collection. WWD also reports that the invite for the show held in Palais de Tokyo in Paris, entitled "Le Meunier," or "The Miller," was an actual loaf of bread "wrapped in a white tea towel signed Jacquemus." And, according to Vogue, after the models and designer were delivered to the venue, and "after a turn around the gallery," they all "sat down to eat breakfast at a rustic table laden with bread, cheese and coffee."

The collection was comprised mostly of workwear jackets, pants with pockets aplenty, light linen shirts and suits, and cotton outdoor basics with a modern update. The colors were mostly comprised of neutral tones, with a pop of pastel blue, and some orange shades here and there.

Porte Jacquemus, who grew up in Provence, said, "When I was a kid I was obsessed by the uniforms of my uncle who was an electrician." "There is no political message, but I am from the countryside, from a farmer family," he continued. "I was born with these guys, these Gilets Jaunes. So all these messages about people's suffering, I understand them. I feel close to them. But it's a bit wrong to have a message in a fashion show on a Sunday morning."

Still, without meaning to, the collection spoke volumes — in the diversity of the male models he chose, in the collection's delivery, and in the way he said, "For me, this is the France of today."