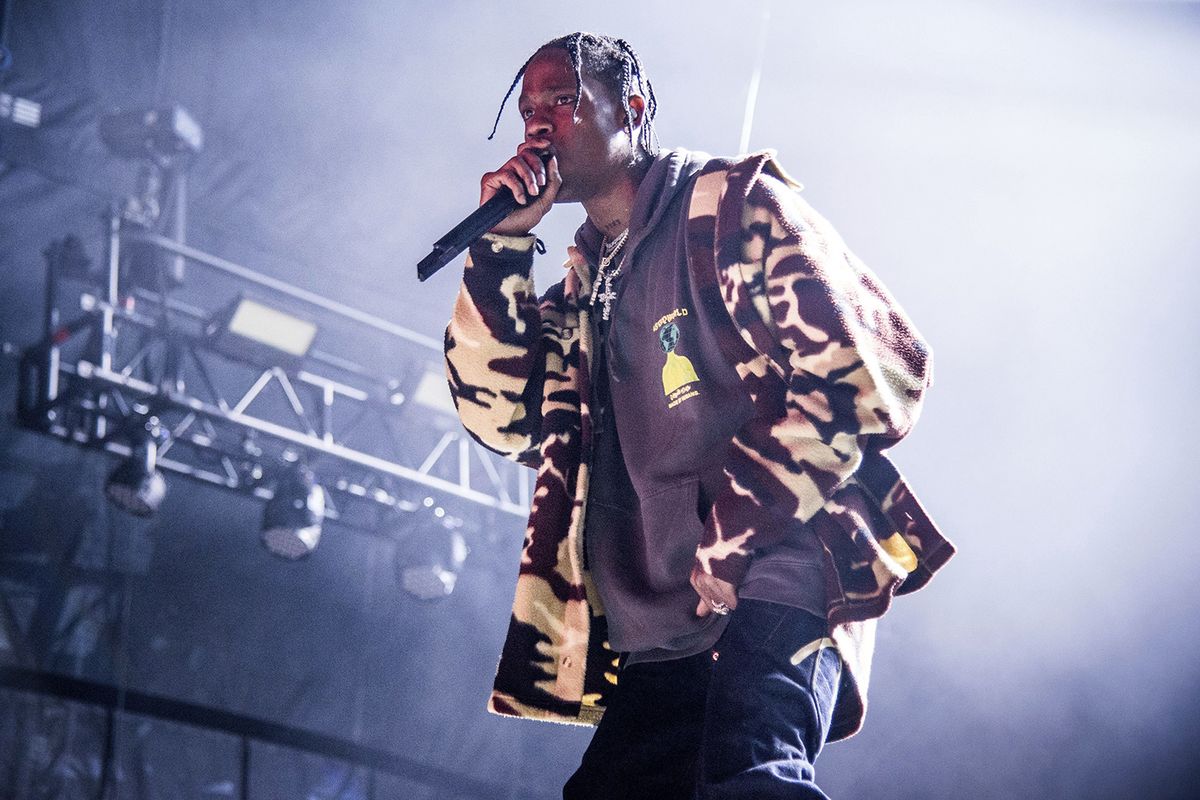 Hot off the heals of the rapid, and contentious, rollout for his third studio album, Astroworld, Travis Scott has shared the video for "Stop Trying to be God," which features Stevie Wonder and James Blake, and it is biblically weird.

The video features Scott being struck down by flames, herding sheep down a suburban road, baptizing a whole line of people, and Monty Python and the Holy Grail-esque version of God shooting laser beams out of his eyes. The video also features cameos from featured artist James Blake and a glowing Kylie Jenner. Directed by David Myers and La Flame, the video is a good visual representation of the warped theme park that is Astroworld, full of disorienting twists and turns, it is his most eclectic album to date.

Watch the full video for "Stop Trying to be God," below: