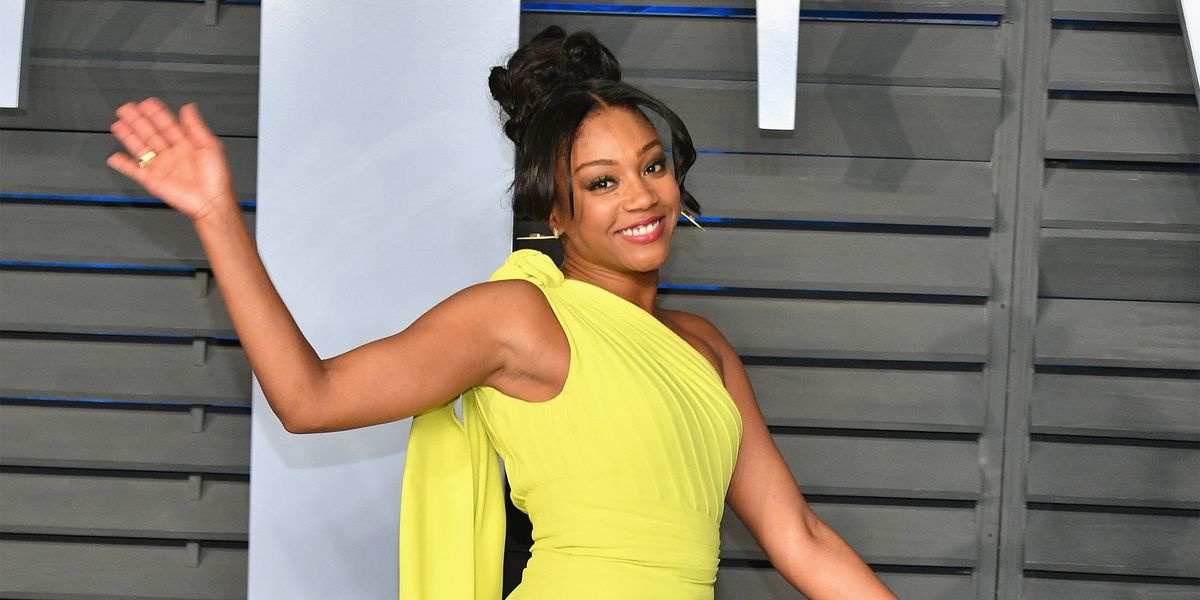 Tiffany Haddish tells great stories, and none are better than her gems about notoriously private Queen Bey. Beyoncé even called the comedian out in a song with a thinly-veiled threat that she'd need to sign a non-disclosure, after Haddish shared a tale in the press about Jay-Z and an unnamed woman at a party. Given that Bey doesn't play, we assumed that was the end of Haddish's juicy Beyoncé anecdotes, but the Girls Trip star came through in a new GQ interview with a story so good it almost sounds made up.

At a party where the pair met for the first time, Haddish says, "There was this actress there that's just, like, doing the mostest. She bit Beyoncé in the face."

Related | Tiffany Haddish Receive $13 Wine for Presenting at the Oscars

"So Beyoncé stormed away," Haddish continued, "went up to Jay-Z, and was like, 'Jay! Come here! This bitch—' and snatched him. They went to the back of the room. I was like, 'What just happened?' And Beyoncé's friend walked up and was like, 'Can you believe this bitch just bit Beyoncé?'"

Tiffany Haddish on Instagram: “@beyonce was telling me that my wig was slipping.... 😂 But for real she told me to have fun and I DID! #SHEREADY #thelastblackunicorn…”

A rep for Beyoncé declined to comment for the story so we don't know who the actress was, but maybe Haddish can clear it up for us at the Oscar's next year.